[This article contains a spoiler for the film Zimmer 13; you have been warned]

In an article first published in the US magazine Gorezone and later reprinted in The Video Watchdog Book, Tim Lucas explored the world of the West German Edgar Wallace krimi films of the 1960s, emphasising the cross-fertilisation between them and the Italian giallo of a few years later.

Feeling inspired, I decided to stick on Harald Reinl's 1964 krimi Room 13 / Zimmer 13 – one that Lucas didn't discuss; with his and my selections largely failing to intersect. (And, thus, also giving me a bunch of other titles to acquire, but that's another story.)

The first thing we see is a pair of black gloved hands playing with a straight razor, which is then used – albeit in a comparatively restrained fashion, insofar as its so fast we really don't see anything – on a passing woman. 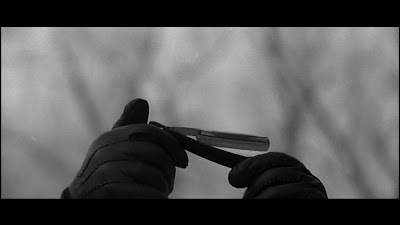 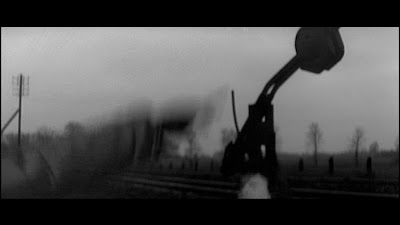 So far, so giallo.

This impression continues as the credits unfold, with a series of brightly tinted still images that are reminiscent of silent cinema tinting – think Expressionist classics like The Cabinet of Dr Caligari and Nosferatu – the solarised primary colour images of many a giallo trailer and the three pack Technicolor manipulations of Suspiria. 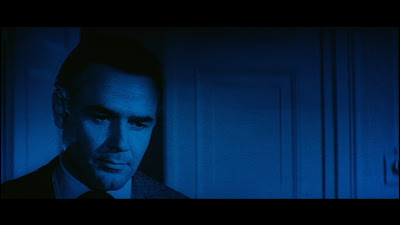 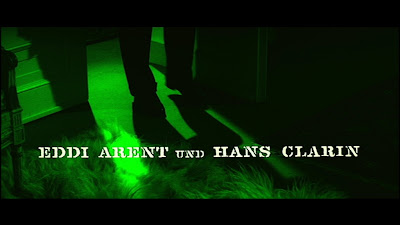 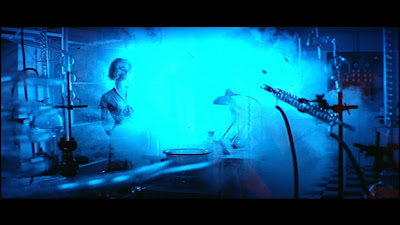 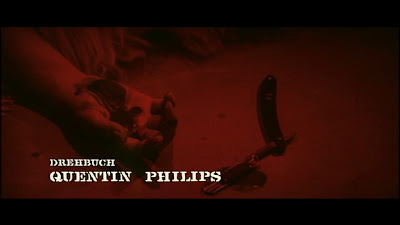 Unfortunately from then on the differences between the worlds of the two forms assert themselves more, through images of a London that looks curiously lost in time – think 1924 rather than 1964 – where the train rather than the plane is the epitome of modern transport and bowler hats instead of fedoras the headgear of choice.

We are then introduced to the curious case of Sir Robert Marney's missing razor and gangster Joe Legge, who threatens Sir Robert's daughter Denise unless he agrees to assist in his planned great train robbery. Understandably fearful, Sir Robert then calls in Johnny Grey for help. He's a private detective, thereby highlighting the distinction between the krimi's professional investigators, and the giallo's amateur sleuths; likewise, in the world of the krimi the gun is the preferred weapon of choice.

The crime / gangster and horror / maniac on the loose elements continue to sit uneasily side-by-side as the film story towards its denouement, though there are some interesting images, like that of the room at the mannequin filled room at the Highland Nightclub where one of the dancers is murdered and a pursuit through a bric-a-brac strewn room that manages to successfully evoke the heritage of M while simultaneously crying out for Blood and Black Lace style colour to push it towards neo-expressionism. 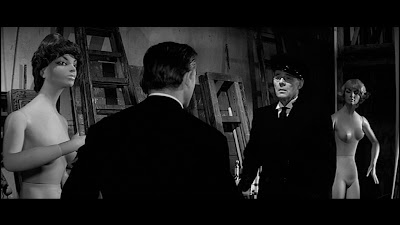 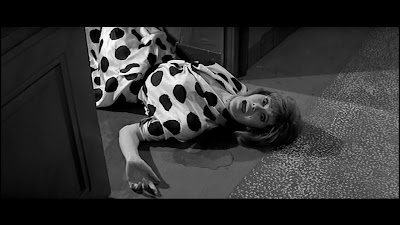 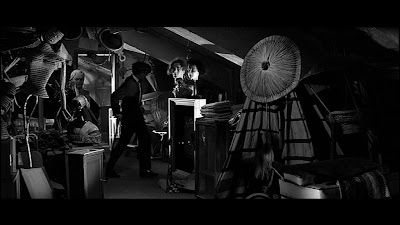 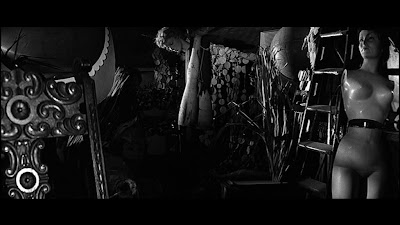 The identity of the killer turns out to be somewhat predictable and shouldn't pose the giallo fan any difficulties, with a curious evocation of the Freudian “primal scene” as explanation / justification for their psychosis. Sometimes a picture is worth a thousand words... 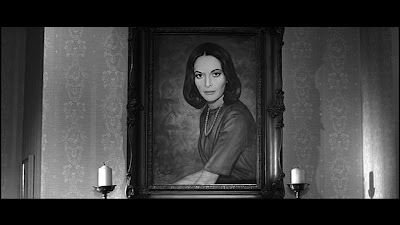 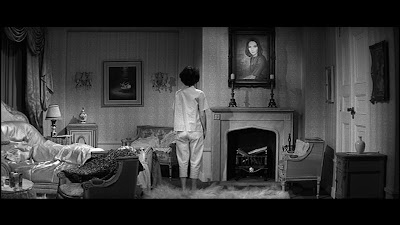 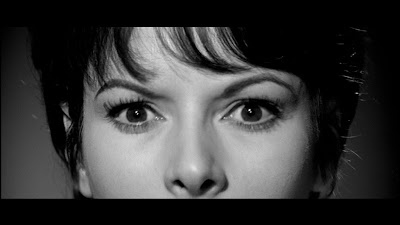 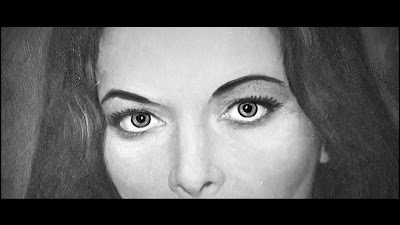 And now of course I'm going to have to track down a copy of this film. Many of these screengrabs look very stylish and giallo-like. I've always thought it a shame that there were so few black and white gialli, as it happens.

I've went through a few more of the krimis in the past few days - Dead Eyes of London, The Hunchback of Soho and some of The Red Circle - and the more I see, the more I think they're sadly neglected in favour of the giallo. Dead Eyes of London, for instance, has the same empty room with tape recorder device as The Girl Who Knew too Much - though it's also something that goes back to The Testament of Dr Mabuse, so I wouldn't necessarily say anyone was copying anyone else, while Hunchback of Soho has this strange kidnapped schoolgirl plot and a sadistic headmistress / kidnapper with vague Suspiria / Alida Valli-isms. Interestingly both films also feature priests who are not what they seem, making me increasingly think that this was something which came to the giallo through Wallace.

Style-wise, I think the B&W krimis are probably the better.

I am also working my way through a number of Edgar Wallace Krimis at the moment. I recently watched THE HUNCHBACK OF SOHO and found it to bbe a lot of fun but agree that it is not as stylish as THE SINISTER MONK, BLACK ABBOT or any of the black and white Krimis.. I see the Krimis as being a key part in the evolution of the Giallo film, I am hoping to argue this in an upcoming conference paper.
Love the new blog by the way.

I have been reading your posts on Krimi films. I have been meaning to find out more on these films as being a fan of giallo films the Edgar Wallace films are often regarded as a proto-type for the genre.

Any ideas on how I can go about tracking these films down on DVD?