The Great and the Good #2

Argento's director of photography on the much-maligned The Phantom of the Opera, Ronnie Taylor, indicated that the director gave him a book of Georges de la Tour's paintings for visual inspiration and that, in addition to influencing the look of the film in general through mirrored compositions, candle lights and chiaroscuro, he also worked in some specific references to the artist's Madeline deux flammes. 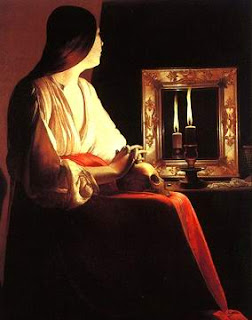 Some of Taylor and Argento's images: 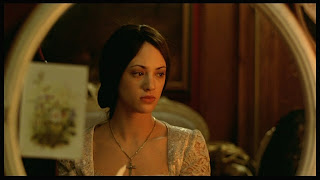 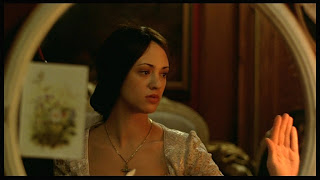 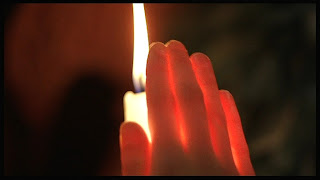 This sequence plays, I think, much like a vivant version of the painting. 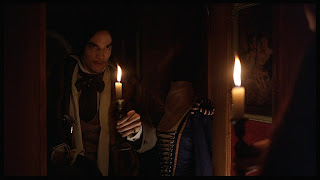 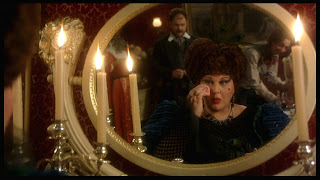 The film as a whole, meanwhile, is replete with references to its artistic milieux - the production of Gounod's Faust, as found in Leroux's novel; the dandies at the bathhouse arguing about the relative merits of Rimbaud and Baudelaire, or the presence of Degas painting the demi-monde. 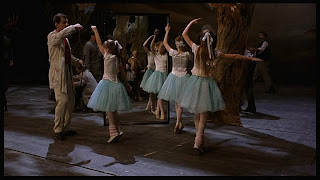 The artist at work, seen in the mirror... 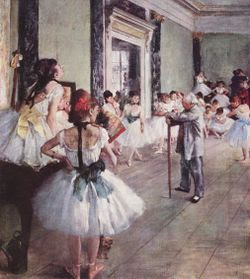 ... and perhaps producing something like La Classe de Danse?

In line with the film's setting, it's also worth noting how the Heath-Robinson type machine devised by the ratcatcher is, as Jean-Baptiste Thoret notes, similar to the Rocket in Melies's Voyage de la lune 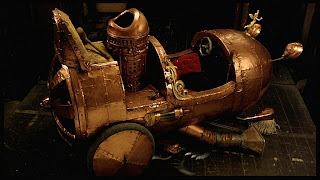 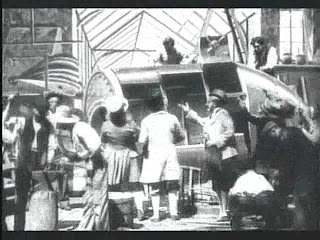 The difficulty as far as making the case for Argento as a serious auteur / auteur worthy of serious consideration is concerned, however, is perhaps that these quotations and references may come across as a pleading to be taken as such and thereby backfire as too-self-conscious demonstrations of cultural capital and taste that are then labelled as kitsch by the critic who feels uncomfortable with the more popular / populist / commercial aspects of the cinema.
Posted by K H Brown at 12:41