In the 1930s, the American comic strip Dick Tracy featured a villain known as The Blank, who wore a fedora and a featureless white mask, without eyes, nose or mouth, to conceal his real identity as disfigured gangland murderer Frankie Redrum.

While it is difficult to know if Mario Bava ever saw Chester Gould's comic strip, it is within the realm of possibility, the Italian comics magazine Robinson having featured the character alongside Li'l Abner, Prince Valiant and others between 1945-47.

(In the comics world the Blank likely inspired the look of Steve Ditko's superhero The Question (1967) who was in turn reworked as Rorschach in Alan Moore's The Watchmen (1986).) 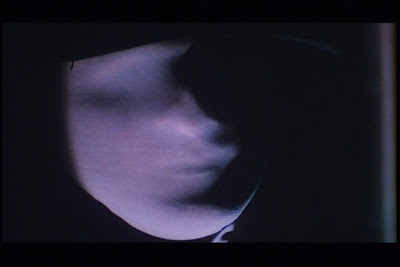 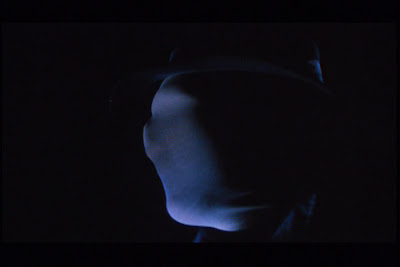 Two faces of the killer from Mario Bava's seminal Blood and Black Lace; compare to The Blank at http://www.comicspage.com/dicktracy/dick_villain2.html

Email ThisBlogThis!Share to TwitterShare to FacebookShare to Pinterest
Labels: giallo