In the early 1970s the giallo film was enjoying unprecedented box-office popularity. It was natural, then, that RAI Television should look to bringing the form to the small screen and specifically to its prime exponent, Dario Argento, as the ideal man for the job.

Yet if this idea was obvious, the tensions inherent in such a collaboration should have been equally so.

Although the name of their production company SeDA Spettacoli – i.e. Salvatore and Dario Argento Shows – did not in itself rule out non-film productions, there was first the question of why a successful young cineaste should want to work in a medium that was not only lesser and a rival but also one likely to necessarily entail diluting his signature style, with its copious violence and frequent sexual “perversity”.

Various compromises were thus reached. First, RAI had the choice of which of SeDA's scripts would be filmed. According to Luigi Cozzi, however, this was pre-empted by the stratagem of giving RAI seven scripts, three of which were so deliberately over-the-top as to effectively ensure the go-ahead for the four he and Argento actually wanted to make. Second, while Argento would provide a personal introduction to each episode, positioning them as a new kind of giallo that was bold, modern and inventive – which they probably were in the television context, if not the cinematic – he did not have to actually sign any as director. Third, SeDA had the option of reworking the material for the international market into one or two episodic films. Nevertheless, the sense of different and not always convergent agendas remained – as when RAI refused to let the killer in one episode use a “phallic” knife, instead insisting on a hook as somehow less disturbing and suggestive. 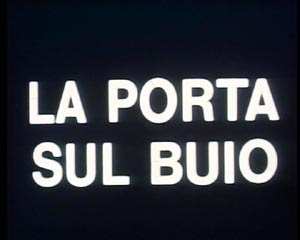 The credits - opening and entering the door into darkness 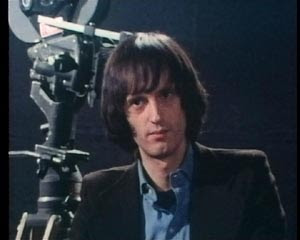 From one of Argento's Hitchcock-style introductions

Il Vicino Di Casa / The Neighbour
Written and directed by Luigi Cozzi, this is perhaps the most overtly Hitchcockian of the four installments, revisioning Rear Window as Upstairs Neighbour.

A young couple, Luca and Stefania, move into their new seafront house with their infant child. While Luca settles down to watch Frankenstein Meets the Wolf Man on television, Stefania notices a spreading stain on the ceiling. Going upstairs to investigate the source of this mark – or, in line with the Hitchcock angle, should that be demark? – she discovers a body in their bath. As the couple try to decide what to do next, the neighbour returns...

Though suffering from the usual plot contrivances – why move in late at night, rather than arriving with the removal men in the morning – and some dumb motivation, The Neighbour is otherwise a textbook example of what can be accomplished with a small cast, restricted set of locations and an expert handling of the mechanics of suspense, thereby perhaps representing something of a dry run for the later The Killer Must Kill Again, all the way down to a similarly ironic conclusion.

Interestingly, both also feature overt Gothic horror references. Here Luca settles down to watch Frankenstein versus the Wolfman on television, while there a house is likened to Dracula's castle.

While the Gothic also surfaced in Argento's cinema around this time, as with Andrea's party piece in Four Flies on Grey Velvet about a sexy Frankenstein monster, and the revisionist Frankenstein proposed as a co-production to Hammer – think Flesh for Frankenstein in Nazi Germany, by the sound of it – that Cozzi was his co-writer on both suggests fairly strongly whose obsession it was.

Il Tram / The Tram
Written and directed by Argento, using the pseudonym Sirio Bernadotte for the latter role, this apparently represents a reworking of a sequence originally planned for The Bird with the Crystal Plumage but never filmed – tellingly an extended chase / stalk sequence at the tram depot is strongly reminiscent of its bus depot counterpart there – and presents an intriguing variation on his normal mechanics, the crime and its detection being separated out in the classic ratiocinative manner rather than all mixed up, giallo-style.

A passenger is found dead on a tram, leading Inspector Giordani to question all the other passengers / suspects and reconstruct / replay the fatal journey. An arrest, trial and conviction soon follow but, with barely half the running time having elapsed, it is soon evident to Giordani that he got the The Wrong Man...

Also of interest here are the cast, several of whom appeared in Argento films around this time, including Enzo Ceruciso, co-star of Le Cinque giornate; Fulvio Mingozzi, a longer term fixture in all Argento's films through to Phenomena; Tom Felleghy, also seen in Four Flies on Grey Velvet and Le Cinque giornate; and Maria Tedeschi, the uncredited the old woman who warns Sam Dalmas to “look out behind you” in The Bird with the Crystal Plumage.

Testimone oculare / Eyewitness
Though officially credited to Roberto Pariante, Cozzi has confirmed that Argento actually took over the role after being dissatisfied with the way his (soon to be ex-) assistant was handling his and Cozzi's script. There is a sense of Four Flies on Grey Velvet to this, albeit with a distaff protagonist as The Girl Who Saw Too Much.

Driving home late one night Roberta Leoni – played by Marilu Tolo, whom Argento would later cast as the countess in Le Cinque giornate and was briefly in a relationship prior to Daria Nicolodi – has to brake sharply when a young blonde woman runs in front of her, then collapses. Getting out her car to check she did not hit the woman, Roberta discovers that she has been shot, but is forced to flee the scene when a second figure, presumably the gunman, appears on the scene.

Returning later with the police, there is no sign of any body or crime. With both the police and her husband unsure that she really saw anything, Roberta increasingly comes to question her own sanity. Which could, of course, be precisely what the conspirators want as, with no one believing her, the threatening phone calls begin... 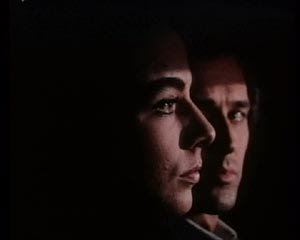 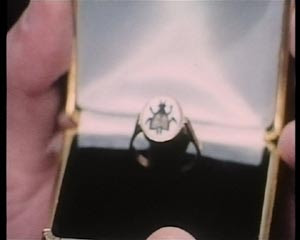 One Fly on Grey Velvet? 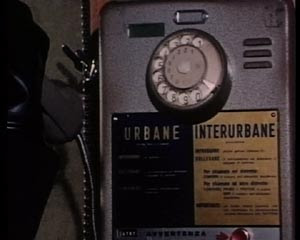 A black gloved killer making a threatening phone call; a shot from The Bird with the Crystal Plumage at the small screen ratio?

La Bambole / The Doll
Directed by RAI representative Mario Foglietti, this sees a man escape from an asylum and, following the murder of one redhead, suspiciously befriend another...

Again, however, nothing is quite as it seems.

Though this final installment is the least noteworthy in terms of its crew it also has one of the better casts. Robert Hoffmann's character is not too dissimilar from the one he later played in the Umberto Lenzi giallo Spasmo, while the casting of Erika Blanc as the first redhead victim and her occupation as fashion designer suggest Foglietti had done his genre homework. 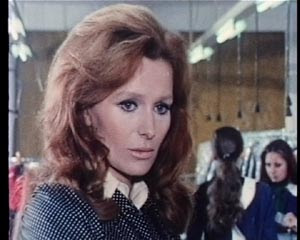 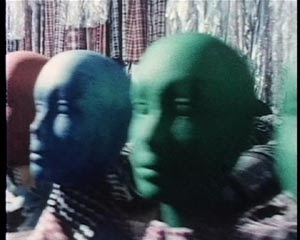 Yet more Dolls for an August Moon; the quasi-surrealist obsession of the giallo with masks and mannequins continues, even on the small screen.

Also worth noting is that the underrated Giorgio Gaslini supplied the theme and incidental music for the series which, while decent, perhaps has the misfortune of being not quite as memorable and effective as that of Ennio Morricone on the films that gone before and of Goblin on those that were to follow.

For Argento, meanwhile, the series was most important for establishing his position as the “Italian Hitchcock” with a mass audience in Italy, reaching the millions that his films did not, while in the longer run it can be seen as setting a curious precedent for not only the mid-1980s giallo TV series in Italy, but also the more recent international productions Do You Like Hitchcock and Masters of Horror.
Posted by K H Brown at 13:19

Email ThisBlogThis!Share to TwitterShare to FacebookShare to Pinterest
Labels: Argento, Door into Darkness

I love this series and the Dragon DVD.
As for "La bambola", the murder scene of Erica Blanc reminded me of Incontrera's murder in "Black Belly of the Tarantula", also under a technical point of view.