The Great and the Good #1

Argento and Kubrick
Argento has referred to Kubrick as an "amazing filmmaker", so it is of little surprise that he should quote him on occasion: 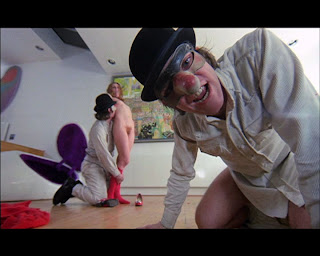 Alex and his droogs in a Clockwork Orange, with their famous phallic nose masks 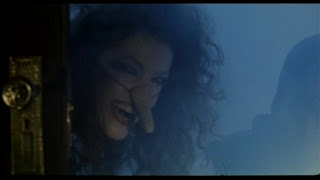 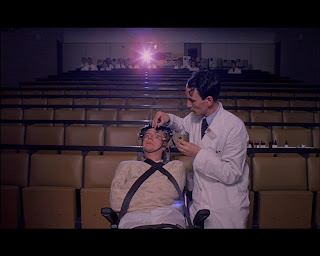 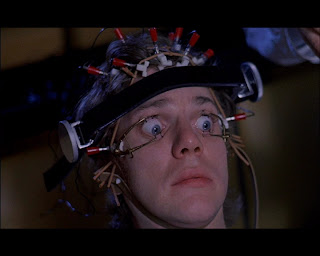 Unable to move or avert his eyes, Alex undergoes the Ludovico Technique... 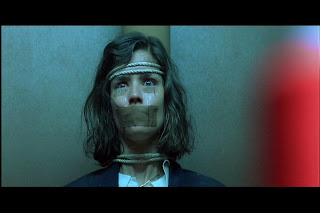 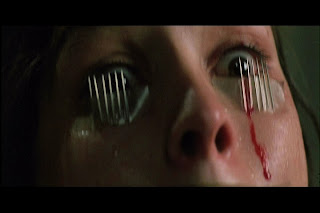 ... an apparent variant of which is used on Betty in Opera.

I actually find these Opera sequence all the more remarkable because Argento also manages to work in the reflexive Peeping Tom element, as Betty's tormentor holds up a mirror to her so that she can see her own horrified gaze; unfortunately I don't have Michael Powell's film to hand to get the appropriate screengrabs from.

Argento and De Palma
Argento and De Palma have worked with a number of the same collaborators; composer Pino Donaggio, cinematographer Ronnie Taylor and actors Jessica Harper and Piper Laurie. Whereas the Italian has often referred to his American counterpart, De Palma has been curiously reluctant to reciprocate and acknowledge his debts to the giallo in general and its most prominent exponent in particular.

Perhaps the most obvious example of this is the reveal scene from Tenebre, as it is reworked - to far lesser effect, as far as I am concerned - for Raising Cain's final shock: 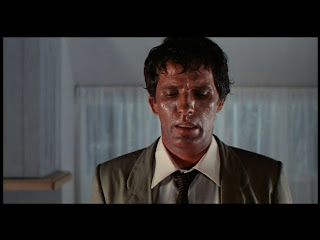 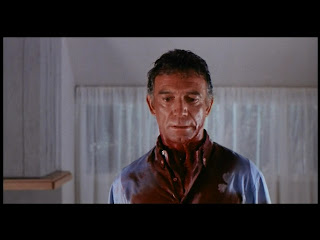 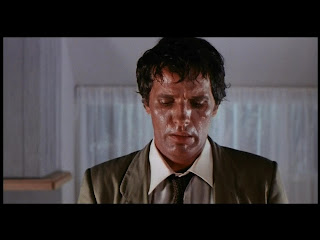 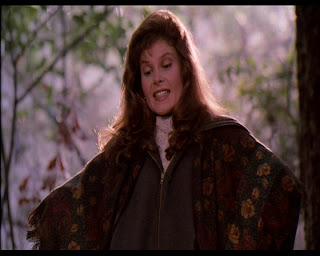 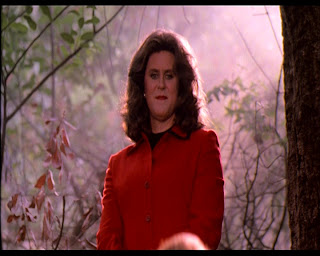 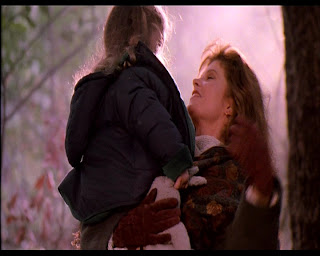 Fascinating images. I'm especially struck by the similarities between Opera and A Clockwork Orange, which seem obvious when they're pointed out, but never occurred to me.

I think the difference is tbat Argento's "cultural formation" makes him more willing to go for the visceral, anti-intellectual jugular, which is generally to his critical detriment.

As far as everyone else is concerned, too.