No sooner has Frankenstein (Dennis Price) re-animated his monster than he and his assistant Morpho (director Jesus Franco) are killed. The man behind the murders, Cagliostro (Howard Vernon), wants the monster so that he can mate it with a human female and create a master race. Cagliostro has already conducted his own experiments in creating life which have resulted in a bizarre half-woman, half-bird, blind, vampiric creature, Melisa (Anne Libert). Cagliostro is not going to have things go entirely his way, however, since Dr Seward (Alberto Dalbés) and Inspector Tanner (Daniel White) are investigating the case, as is Frankenstein’s daughter Vera (Beatriz Savón).

When discussing El Topo Alejandro Jodorowsky was fond of remarking that what audiences would get out out of the film was dependent upon what they would put into it. If the spectator was limited then the film was limited.

This is a useful notion to bear in mind when watching a Jesus Franco film. This is because they are replete with inter-textual associations, whether it is the re-use of character names, the casting of what amounts to a stock company of performers, allusions to other films or to art in general. As such a Franco film is often an exercise in hermeneutics, a search for the code that will break the hermetic seal to permit entry into the Francoverse.

Name-wise, we have Morpho, Tanner and Orloff. Cast-wise, beside those already mentioned above, there are Britt Nichols, Luis Barboo and Daniel White – the last often Franco’s composers of choice, and who also provides the music here.

Allusion-wise the film comes across as one of Franco’s tributes to 1930s and 1940s horrors, notably The Mask of Fu Manchu, via the sadistic torture devices in Cagliostro’s dungeon; The Bride of Frankenstein, via Cagliostro himself, as a Dr Pretorius type; and any of the X meets Y permutations and combinations along House of Frankenstein lines.

At the same time, however, the film also has a more contemporary sensibility through the Bava-style red and blue lighting of Cagliostro’s dungeon; a Lady Frankenstein character (and here not forgetting that Rosalba Neri had earlier worked with Franco on Lucky the Inscrutable and 99 Women) and the prescient ideas of mating the monster, as would be mooted in Frankenstein and the Monster from Hell, and of using it to create a master race, as would be foregrounded in Flesh For Frankenstein.

The idea of mating the monster arguably gives an added element to one of Franco’s obsessions, namely the female pudenda shot. For some of those here seem reminiscent of Gustave Courbet’s L’Origine du monde. (One can also conceive of Melisa having stepped out of a Max Ernst painting.)

The version of the film watched was an AVI sourced from the UK Go Video release; it was also released along with companion piece Dracula Prisoner of Frankenstein by Tartan on DVD. The longer cut includes an early appearance by Lina Romay.
Posted by K H Brown at 20:44 No comments:

Club own Murray is in trouble. Gangster Keller wants a cut of his profits in return for protection, said protection being from Keller’s thugs. Murray, however, is not one to back down and so recruits his old doorman and troubleshooter Donovan, who is just about to be released from prison after serving a six month sentence, a sentence that stemmed from the last time Donovan helped Murray... 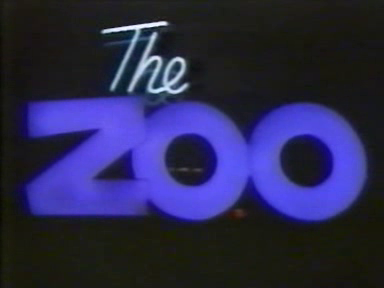 A Double bill with Peter Greenaway's A Zed and Two Noughts?

Of course if Donovan had simply said no and walked away we would either not have a film or at least a very different one. So, much like the relationship between Terry McCann and Arthur Daley in Minder, Donovan is soon back to working for Murray.

My reference to Minder is not accidental, given that it was one of the highest rated series on British television at the time GBH and that lead – one hesitates to say star – Cliff Twemlow seems something of a McCann character in real life, having worked as a Manchester nightclub doorman for many years.

In part it is the choice of milieu that makes GBH work, since it is clear that the film-makers actually know about the world they are depicting on screen. More important than this, however, is their fundamental belief in what they doing.

For GBH could otherwise be compared to the various David Sullivan and Paul Raymond films of the era, such as Queen of the Blues, Emanuelle in Soho and Paul Raymond’s Erotica – except for the sense that co-writer, producer, composer (under the pseudonym John Agar) and lead Twemlow and his coterie of friends were intent upon doing the best they could rather than just the minimum required.

Yes, the narrative and characterisation are cliché. Yes, the writing and performances are frequently awkward. Yes, it was shot on video rather than film. Yes, there are basically two car door slamming type sound effects used for punches and kicks. Yes...

... but director David Kent-Watson also throws in some Dutch angles, slow motion and so on that he did not have to and also handles the action scenes well. Many of the exchanges written by Kent-Watson and Twemlow are also, in their own way, quite brilliant:

Donovan: Didn’t know this was a gay bar.
Barman: It isn’t.
Donovan: What about those two poofs over there?
[Fight ensues]

Tracy: The big hard type?
Donovan: Didn’t know I was showing.
Posted by K H Brown at 22:34 No comments: