One of the artists referred to by Jean-Baptiste Thoret in his excellent study of Argento, Magicien de la peur, is the Argentinean born, Italian based Arte Povera sculptor and painter Lucio Fontana, especially his Concetto Spaziale series, where Fontana would slash his canvases, thereby drawing attention to the them as something more than just a surface for paint to be applied to: 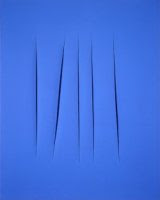 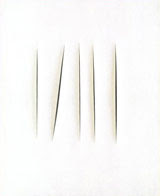 Now consider the recurrent motif of the Torn Curtain, screen, cloth or even body-as-canvas as found in Inferno, Tenebre and Demons. 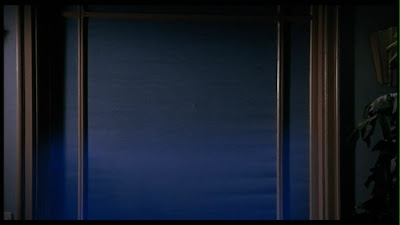 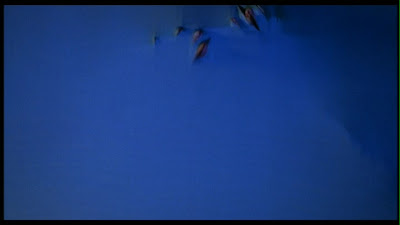 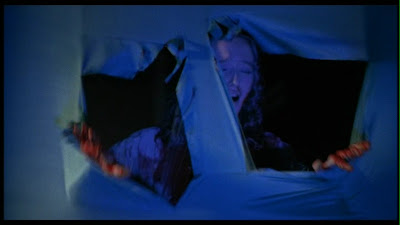 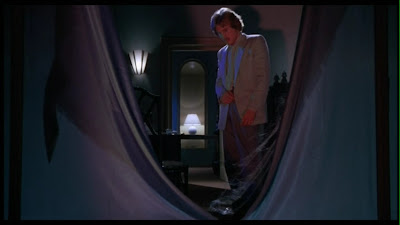 Note also here the perhaps-not coincidental triangular formation left by Sara's falling body, given the recurrence of the triangle as a motif for the witches in Suspiria's production design and the use made of the triangular frame/shape in the likes of Giorgio de Chirico's The Enigma of Fatality: 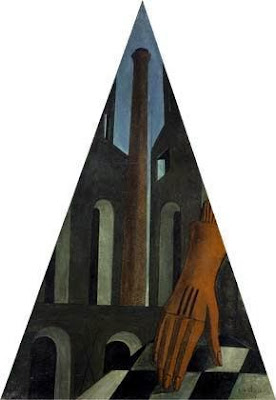 For, as Magdelena Holzhey explains: "De Chirico found support for his attribution of symbolic value to certain geometic figures in the philosophical writings of Otto Weineger, who talked of the unsettling effects of the triangle." (De Chirico, p.35) 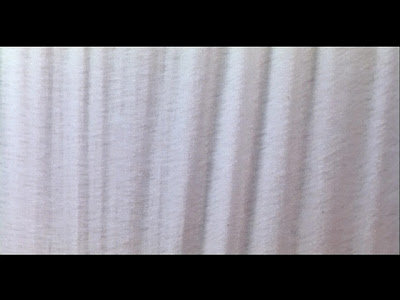 The screen between the victim and the assassin 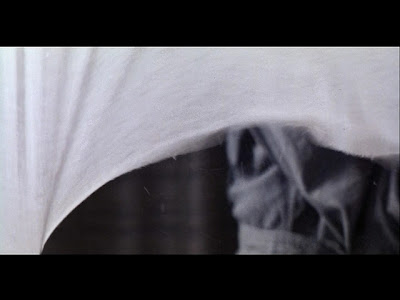 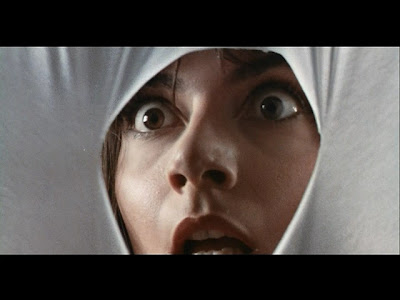 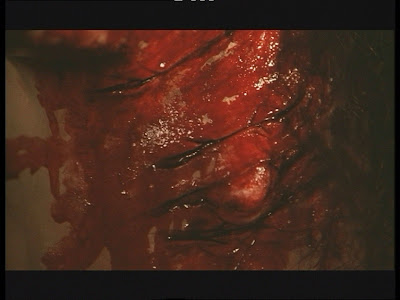 The body-as-screen about to be ruptured 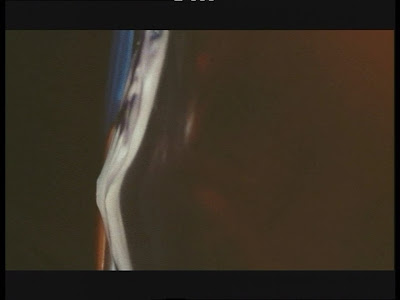 The screen-as-body about to be ruptured 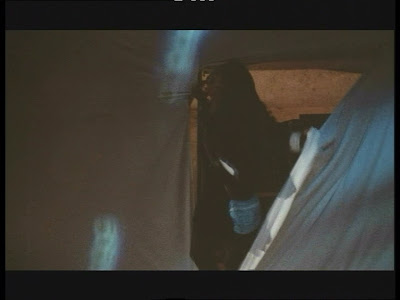