Over an kinetic organ-drive title track that sounds like it could have been an out-take from Goblin's Deep Red score, a young woman is pursued by man wearing mirror sunglasses and seeks temporary refuge in the arms of another before continuing her flight. Though she is caught by the man in the sunglasses and again escapes, her salvation is only temporary as he then kills her in a seedy motel that night.

The police investigation is characteristically inept, the inspector unable to even prevent a scooter-riding bag-snatcher from robbing him, this incident being observed by the other man from the opening sequence, Paolo Germi (Claudio Cassinelli).

Indeed, he turns out to be our point of identification, even if his own investigations into the case remain on a don't ask, don't tell basis, recruiting the bag-snatcher to help him but declining to tell who they're working for beyond “the FCT,” or, colloquially, the “mind your own business”.

At any rate, the trail from the dead girl leads to a babysitting agency and from there to the kidnappers of a chocolate magnate's son – an odd combination if ever there was one. 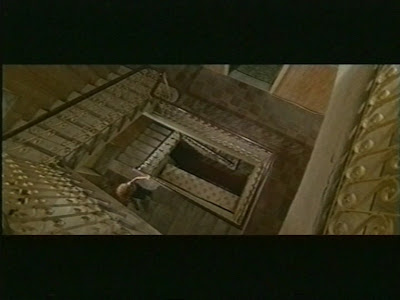 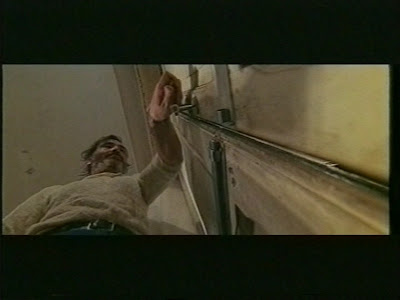 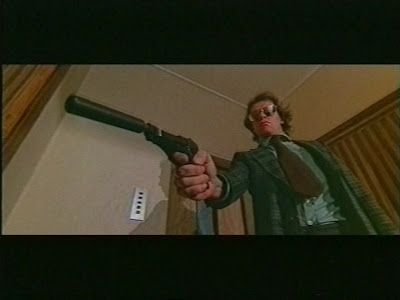 Typically dramatic compositions and camera set-ups; the mirror shade wearing assassin has an implacable and unstoppable Terminator-esque quality to him

Round about this point the police reappear, leading to a protracted car chase that ends up at their HQ, for Germi is in fact an undercover officer who now tells the superintendent (Mel Ferrer) what he knows thus far, that there is clearly a wider criminal conspiracy afoot involving, inter alia, vice, drugs and kidnapping rackets.

The issue is finding out who is behind it all before they cover their tracks, leaving the inevitable trail of bodies and whether anything can even be proven against them...

By 1975 the giallo boom was well and truly over. The two emblematic films in this regard are Dario Argento's Deep Red, witnessing both his return to the filone and the introduction of horror elements, and this film from Sergio Martino. For while Morte sospetta di una minorenne / Suspicious Death of a Minor is not a purist's giallo in the way its predecessors were nor is it quite the typical poliziotto in the manner of 1973's The Violent Professionals. Rather, it's a curious hybrid of the two that also features a strong comedy element to remind us of yet another filone occupying the ever-adaptable director around the same time. 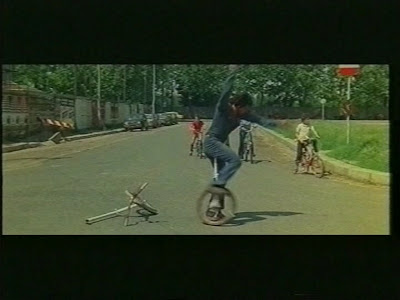 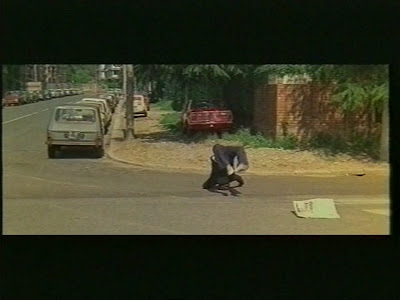 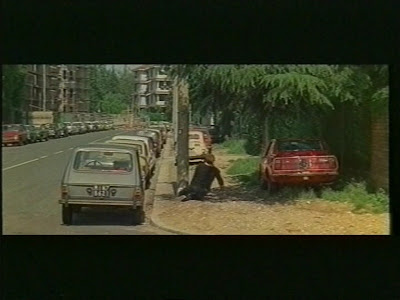 Thus, while the opening sequence makes the move of identifying the killer and, retrospectively, the man who will ultimately prove to be at the nexus of the various criminal conspiracies (the contemporary Italian audience would likely have attached more significance to his fleeting appearance, seeing as he is played by Massimo Girotti) the introduction of Cassinelli's character is somewhat ambiguous. Yes, if we know who he, as the top billed star, we can probably work out that he is the good guy, but he is not explicitly and quickly established as the undercover and unconventional cop, as happens – for instance – with Luc Merenda in The Violent Professionals. 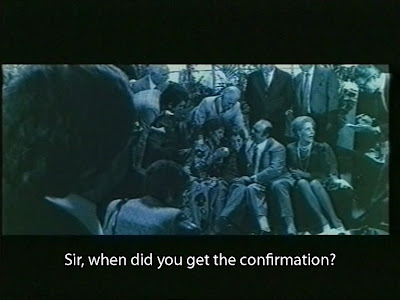 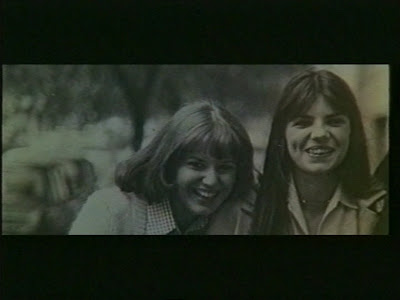 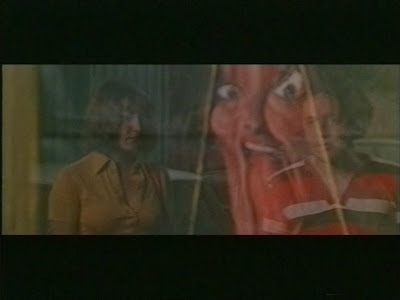 A complex, mediated universe of representations where the investigator and viewer alike must learn to read the signs

The combination of giallo, poliziotteschi and slapstick comedy elements proves an uncomfortable one at times, with the extended played-for-laughs car chase between the police sitting ill-at-ease with the conspiracy that emerges.

You half wonder if part of the reason the bad guy can get away with it, beyond their positions as citizens above suspicion, is that the good guys are not so much inept and / or hamstrung by the need to follow procedure – the former the characteristic giallo trope, the latter the characteristic poliziotto one – as too busy goofing off, cheerfully destroying all in their path in a manner that wouldn't be too out of place in one of John Landis's destruction derbies. 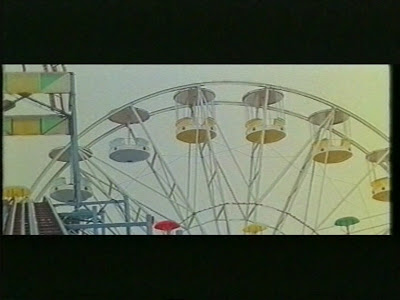 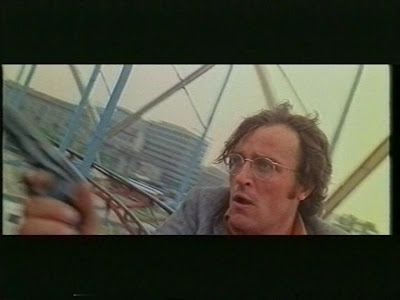 A key sequence in this regard is a shoot out on a roller-coaster, which might be compared to the bizarre mechanical doll preceding Professor Giordani's murder in Deep Red. Neither has narrative or logical sense, making you shake your head in disbelief whilst taking pleasure in their sheer audacity, that the film-makers would think of such a thing and then realise it on screen.

The difference, and the problem as far as Suspicious Death of a Minor is concerned, is that it lacks the sense of an overarching structure into which everything somehow fits, which the supernatural and subliminal provide for Argento's film. Thus, for example, whereas Marc Daly's remarks there about bashing his father's teeth in whilst playing the piano tellingly and ironically foreshadow Giodani's having his teeth bashed in, the way Germi keeps breaking his glasses here is more a running gag, invariably being followed by his exasperated exclamation of “sporca putana,” than a commentary on any metaphorical blindness as “the police feel around in the dark”.

On the plus side, Martino handles suspense, shock and action with customary efficiency and effectiveness, whilst a penchant for left- and right-of centre compositions within the more talky scenes serves to indicate an engagement with the material as a whole and to conveying something of a more general sense of a world out of sorts in a Pasolinian “poetic” manner.

Claudio Cassinelli makes for an engaging lead, bringing energy, enthusiasm and depth to the role, the latter most evident in the final scenes when the viewer may be unsure if he has given in to temptation or gone into avenging mode; I won't say anything more for fear of spoiling your enjoyment. 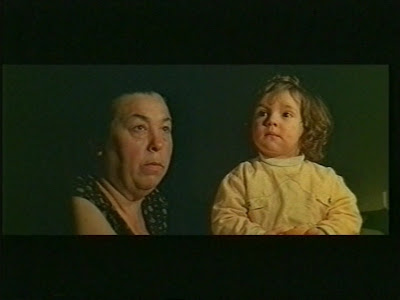 Yellow is again dotted through the film in an often symbolic manner.

There is also a nice little in-joke as Your Vice is a Locked Room and Only I Have the Key plays at the cinema used as a meeting point; trivia fans may also note that the actress playing the bag-snatcher sidekick's mother was also one of the Romanian ogres in Suspiria.
Posted by K H Brown at 12:28

"trivia fans may also note that the actress playing the bag-snatcher sidekick's mother was also one of the Romanian ogres in Suspiria."

That's Franca Scagnetti who seemed to specialise in 'mama' roles,noticed her again the other night in Vai Gorilla as well as countless other films where she usually goes uncredited.

You never cease to amaze me with your knowledge of Italian cult cinema!

This movie has to be one of my favourites, Sergio Martino is a master, I would love to have seen him work with Maurizio Merli more.

What a great dvd release by Sazuma.