Returning home after a round the world trip, Ileana telephones her elderly, wheelchair-bound father, the Baron de Chablais, to let him know she is safe and is also bringing some friends with her to the family villa. Before he can voice his opinion on the matter, father is surprised by the bloody handed figure who has been creeping through the chambers and passageways of the place. 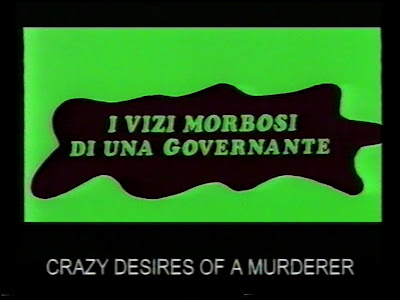 Even the titles have that something about them

The credits roll, over a mournful Piero Piccioni cue; the rest of the score however sounding like the work of others with a number of cues that sound like things you have heard before somewhere – I think I caught Ennio Morricone's Lizard in a Woman's Skin theme for one.

It's something of a surprise when for us when Ileana and friends arrive and her father is very much alive, if hardly the epitome of health. More significant, however, it also reminds us of how easily we can be led astray by expectations and surface appearances, a theme that recurs as Ileana then explains how she took advantage of connections to smuggle rare art objects back with her; unbeknownst to her new “friends”, Bobby and Pier-Luigi, have also hidden their package of opium in one of these selfsame vases. 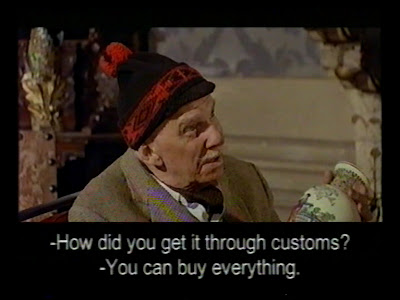 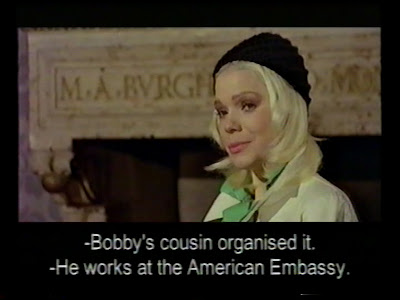 A profound commentary on the rapaciousness of western man?

That night another one of the group, Elsa, is stabbed to death and has her eyeballs removed, introducing an unwelcome complication for Bobby, Pier-Luigi and their criminal associates in the form of a police investigation... 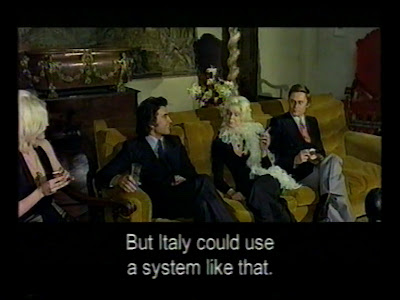 Released on video by Redemption back in the 1990s, I vizi morbosi di una governante / Crazy Desires of a Murderer apparently sold somewhere in the region of 150 copies. It's a figure that not only gives some indication of the obscurity of veteran director Peter Rush / Filippo Walter Ratti's 1977 giallo but also, some would probably contend, an indication of its quality – or lack thereof. For this is the kind of thriller that doesn't really offer much to get excited about, going through the motions with a distinct lack of pace, style or impact. 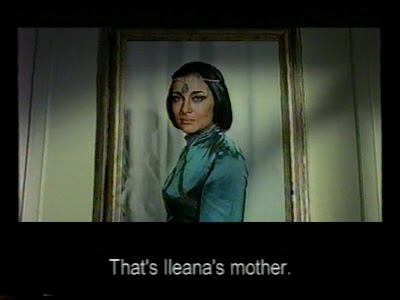 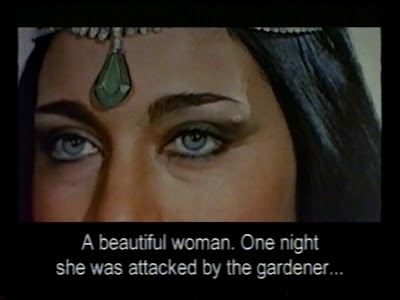 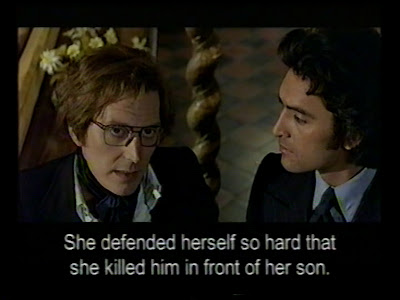 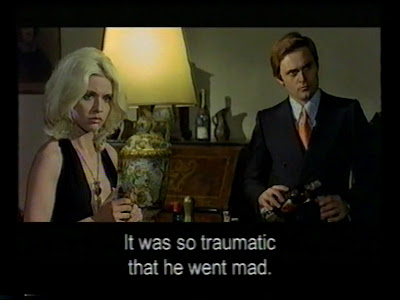 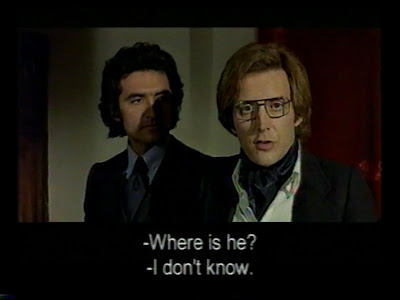 A classic trauma and an important clue to the identity of the killer?

And yet, it has that strange charm to it, that indefinable quality that keeps you watching regardless. Perhaps it's the horror of the hairstyles and fashions on display, perhaps it's the way in which the lack of action makes it easy to slip into a near-hallucinatory state of mind, but the film does something... 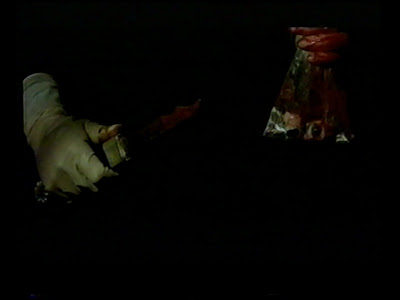 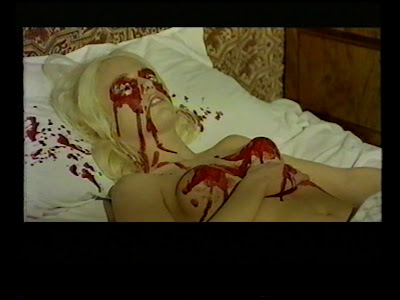 Email ThisBlogThis!Share to TwitterShare to FacebookShare to Pinterest
Labels: giallo

Good summation of this obscurity. I am proud to be one of the 150 that actually bought this on vhs several years ago. I can't really put my finger on why but I quite enjoy this film in a certain peculiar way. It's slowly paced but it has an atmopshere that I like, and I think the moody score is excellent (I found myself humming it for days afterwards). I also quite enjoyed seeing the great Corrado Gaipa in a bigger role than usual - I really liked his police inspector. The cast also has two of my favorite obscure actresses: blond beauties Isabelle Marchall and Patrizia Gori, and they always enliven things.

I think the character of the inspector is another part of the film's appeal to me - he's got that wry Columbo type air to him, if that makes sense.

Do you know if the main theme is available anywhere? I got the feeling that the score was perhaps a library music type affair rather than something composed specifically for the film.