Jean (Jean-Louis Tritignant) and Danielle's relationship is not what it was. While still married they lead somewhat separate lives dominated by ennui; “It keeps getting harder and harder to feel excited,” as Jean remarks prior to what proves to be a dispassionate, dissatisfying and above all thoroughly routine and businesslike affair with another of their circle, Helene Valmont (Helga Line).

One evening soon thereafter Jean is disturbed by noise coming from the apartment above. Going to investigate – (not) coincidentally he has both a dropped ear-ring to return and a key to the apartment, which Danielle was thinking of also renting – he encounters their new neighbour, Nicole (Carroll Baker) with whom he soon becomes infatuated.

Though Jean's feelings are genuine, its also perhaps the sense of excitement which the presence of her sadistic, possessive ex-boyfriend Klaus (Horst Frank) brings to the relationship and the opportunity it affords for him to play the hero, “The Victorian image of the dominant male [...] a little out of place today,” as Danielle tellingly puts it. 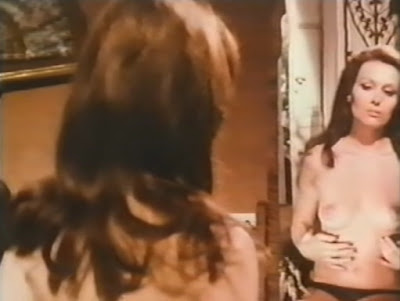 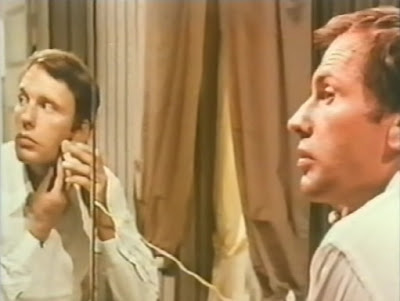 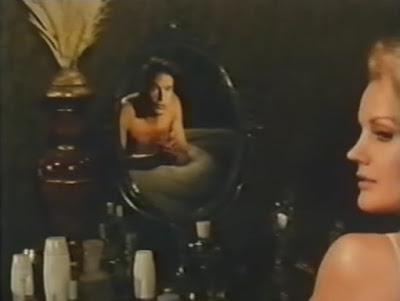 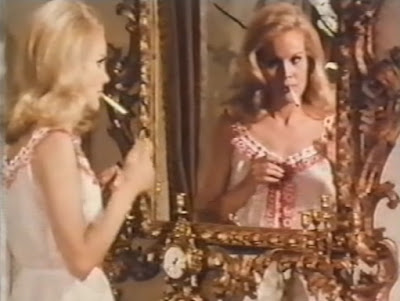 Mirror, mirror on the wall...

Indeed, it then transpires that Danielle (Erica Blanc) and Nicole have themselves conspired against Jean, Klaus being the hitman hired to murder him. But, after Klaus has apparently fatally stabbed Jean – crucially neither we nor the women, whilst present at the scene, actually witness this fatal blow – and pitched his car over a cliff to leave a horribly burnt corpse for Danielle to (mis)identify for the police as that of her husband, the intrigue deepens still further, with little ultimately proving to be as it seems...

Released shortly before The Bird with the Crystal Plumage changed the face of the giallo forever, Umberto Lenzi's second venture into the filone works along the same broad lines as his first, Orgasmo / Paranoia, by attempting to refashion – or sex up – the Les Diaboliques style thriller for the late 1960s audience.

It is less successful as its predecessor, however, having more of an obviously 'mechanical' feel to it, with contrivances and misdirections that work the first time round but don't stand up as well on repeat viewings, most notably a flashback that retrospectively appears false and scenes where characters externalise feelings as if to another while they are not actually “under observation” in this manner nor required to thereby “put on a show”.

Perhaps more of a problem, however, is that it's hard to see why Danielle should be conspiring against Jean in the first place. She is not desperate for money, a divorce or anything else, their tacic agreement to live separate lives apparetly a more or less mutually (dis)agreeable one. 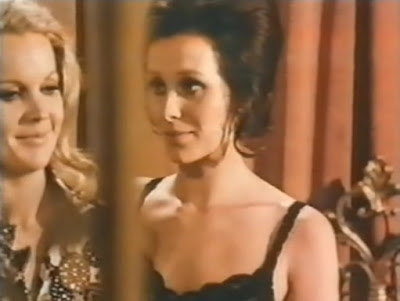 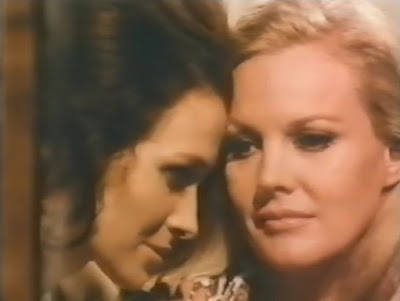 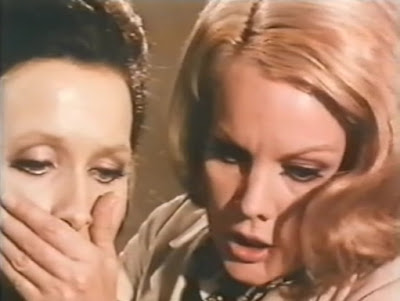 A love that could not speak its name?

One answer, perhaps also alluded to by that suggestive title – a suggestiveness continued by the film, which is actually less explicit in what it shows than its at-the-time X-rated predecessor – is the strong intimation that she has lesbian tendencies: You wonder if she herself was infatuated with Nicole to begin with, but correctly surmised that Jean, in his masculine pride, could never accept her having a relationship with another woman, and accordingly realised he had to go, and whether the need to join the dots beyond this indicates a certain nervousness about going too far on the part of the filmmakers. 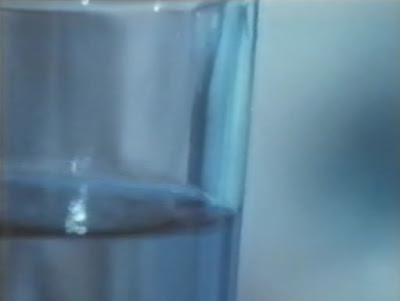 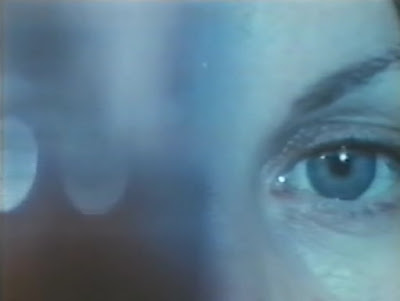 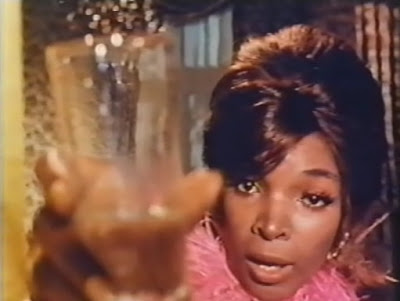 Shifts in and fun with focus

In her interview in 99 Donne, Erica Blanc indicates that she was originally slated to play Nicole and Baker Danielle, but that the American actress, perhaps wary of over(t)ly repeating her Orgasmo role, then had them switch. It is a testament to each actresses' abilities that you would likely never know otherwise. While Trintignant, Frank and Line inherently have less room to maneuvre, with each playing largely to type - i.e. Tritignant as the neurotic, shifty bourgeois, Frank as the smug sadist of Aryan demeanour, Line as the sophisticated, glamourous love interest – there is nothing to complain about in that if ain't broke don't fix it way. 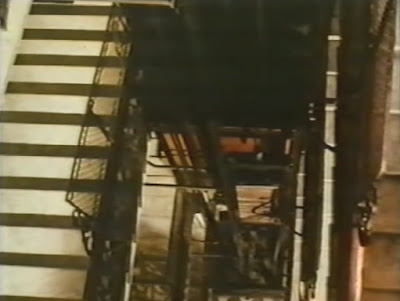 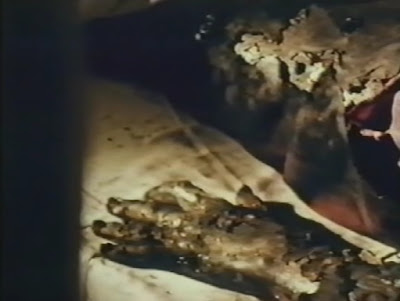 Classic giallo imagery #2 – the barely identifiable remains in the morgue 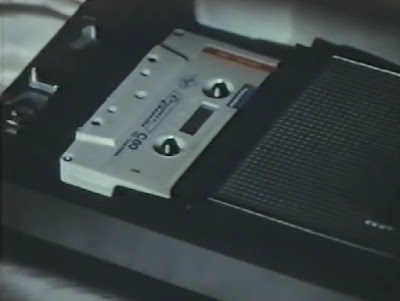 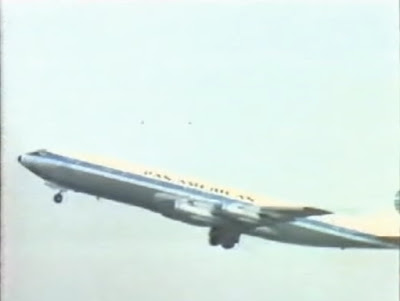 Lenzi's contribution is difficult to fully appreciate on account of panning and scanning that makes a mockery of any inventive use of widescreen, but several nice touches do come through including the familiar symbolic / suggestive use of mirrors and some almost three-dimensional explorations of focus effects. A high-speed driving sequence meanwhile suggests not only his characters' search for thrills to momentarily relieve their boredom but also later poliziotteschi, whilst some unexpected discontinuity editing – note the way Jean and Helene's tryst is presented – further reminds us that the gap between the worlds of Lenzi and Antonioni and their audiences implied by Kim Newman is less absolute than relative.

Riz Ortolani's score is another asset, providing a characteristic mix of lush, sophisticated jazz-inflected easy listening and pop that further situates the film in giallo erotico territory, even as title track “Why” later cropped up in psycho-killer on the loose outing Seven Bloodstained Orchids.
Posted by K H Brown at 10:37