Of the numerous directors who have made gialli over the years, Maurizio Predeaux is one of the more difficult to get a handle on. His first foray into the filone, 1973's Death Carries a Cane, makes sense as an excursion into a vogueish, if increasingly tired form, but would seem to have done less than spectacularly with critics and audiences alike. As such, it's hard to explain why the director should then have decided to return to the giallo with this 1977 entry, coming as it did at a time when the form's most successful practitioner, Dario Argento, had temporarily shifted his focus to out-and-out fantasy horror with Suspiria. 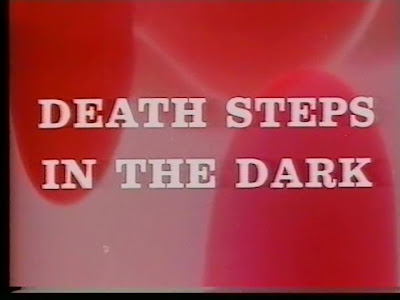 The abstract, lava-lamp titles recall Lizard in a Woman's Skin, albeit to lesser effect

Whatever the case, Predeaux is nothing if not consistent: both his gialli start off well, with a strong and engaging situation centred around a personable protagonist (Susan Scott in Death Carries a Cane, Leonard Mann here) but then proceed to lose their way on account of some ill-advised attempts at humour coupled with a general lack of aptitude that no amount of enthusiasm in delivering the generic goods can compensate for. 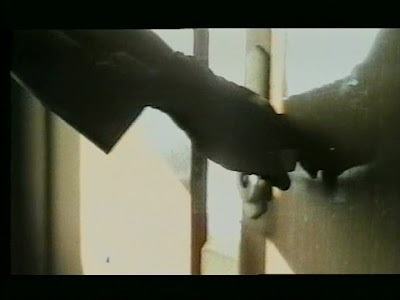 It's sometimes suggested that the writer-director was attempting to spoof the genre, an argument that would make sense were it not for the way in which he serves up plenty of sex and violence without hint of irony or distance. 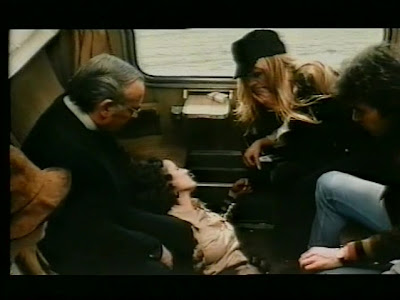 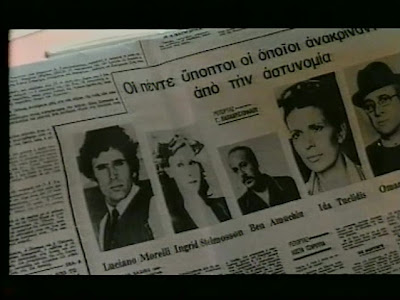 Strangers on a train, one of whom may be the murderer

Whatever the case, Death Steps in the Dark opens on the train to Athens, where Italian photographer Luciano and Scandinavian model Ingrid are going on assignment.

Suddenly their compartment is plunged into darkness.

When the light returns, one of their fellow passengers, a nervous young woman, is dead, Luciano's pen-knife protruding from her chest.

The police interview Luciano, Ingrid and the other passengers in the compartment, including a suspicious priest – albeit Greek Orthodox rather than Roman Catholic, in accord with the Greek setting – but are unwilling or unable to actually charge any of them, though they do confiscate Luciano's passport much like as in The Bird with the Crystal Plumage. 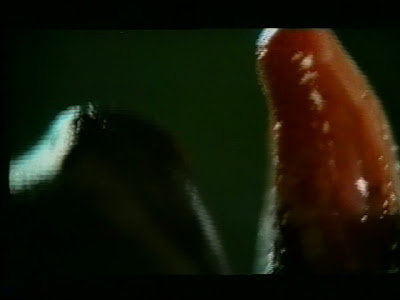 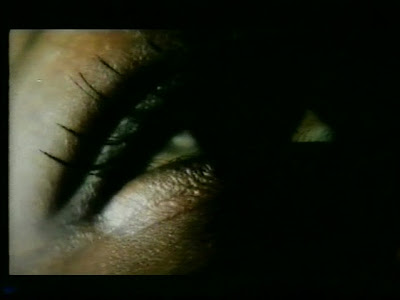 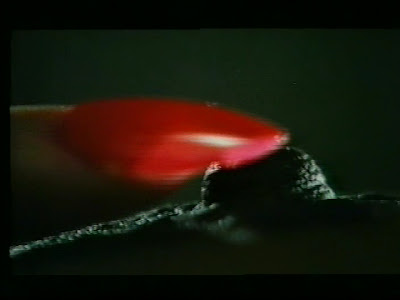 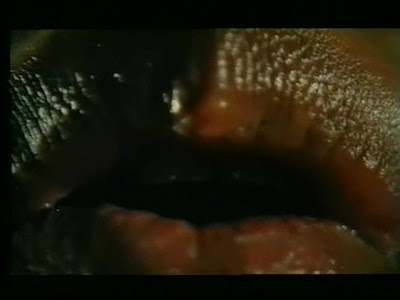 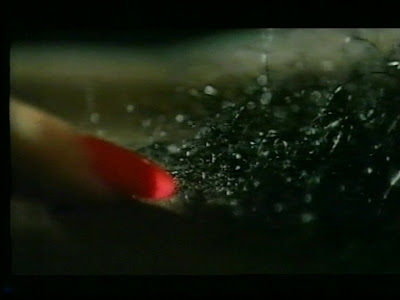 The fragmentation and fetishisation of the female body

Following some gratuitous lesbian activity – assuming, that is, any scenes of sapphic activity can ever actually be labelled gratuitous when we're speaking of an exploitation cinema targeted at male heterosexual spectators such as this – and the emergence of blackmail and drug-smuggling subplots, there is then another murder, the victim another fellow-passenger from the train. 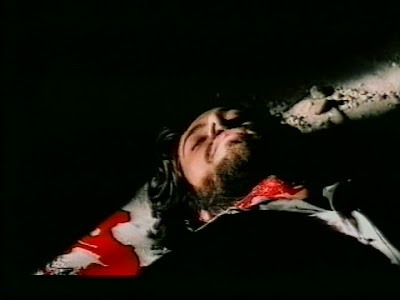 When the man looks?

The mundane nature of the crimes also serves, however, to undercut the murder scenes, insofar as any fetish element within them, such as the obligatory black gloves and “phallocentric cutlery” employed by the murderer, is exposed as merely playing to convention; that this is what a giallo does. 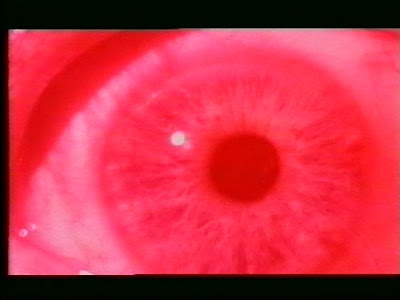 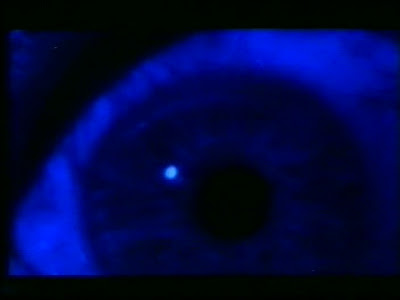 Blink and you'll miss them inserts of the killer's eye, attempting a Cat o' Nine Tails treatment, but failing

On this occasion, however, circumstantial evidence also points firmly towards Luciano who thus goes on the run, disguising himself as a hooker, and, with the aid of Ingrid and Little Boffo, the youngest and dumbest of a family of good-natured if money grabbing career criminals, seeks out the real culprit, culminating in an unmasking scene that, featuring as it does a monster mask, wouldn't be far out of place in an episode of Scooby Doo... 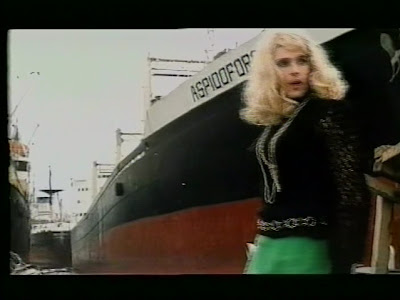 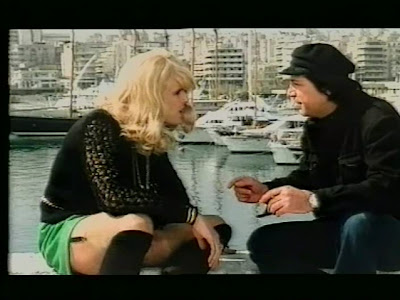 If nothing else, the film's treatment of the cross-dressing theme, when contrasted with that of the likes of The Bird with the Crystal Plumage, confirms a point that has often been made by film theorists in relation to dominant cinematic and cultural norms: men dressing as women equals funny, women dressing as men equals threatening. 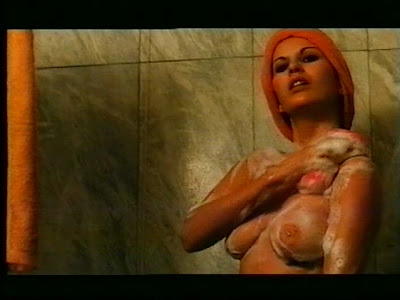 One saving grace is Riz Ortolani's score, though it surely deserved a better fate than this...

I recently met Leonard Mann, a great guy by the way. I am going to interview him soon and podcast it. I'll have to watch Death Steps in The Dark and ask him about it.

Look forward to listening to your podcast - I was surprised to learn that Leonard is Italian rather than an American, though beyond the odd spaghetti western I've only really seen him in Death Steps and Copkiller. Death Steps seems like an interesting film to have worked on at any rate.

Leonard was born in Rome but moved to America while still a small child. He returned in 1968 with a backpack and a desire to be a film actor, so he was raised an American which probably helped him when he returned to Italy. The producers wanted their films to appear American.