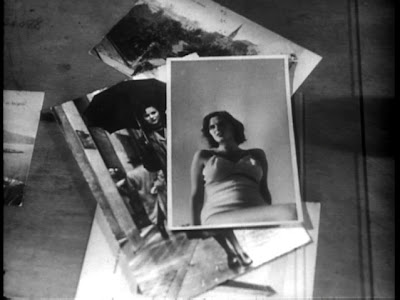 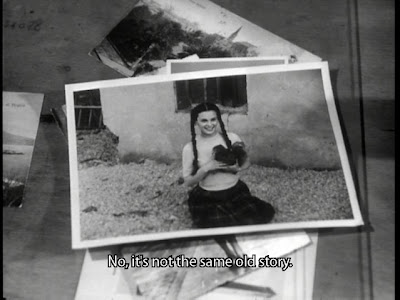 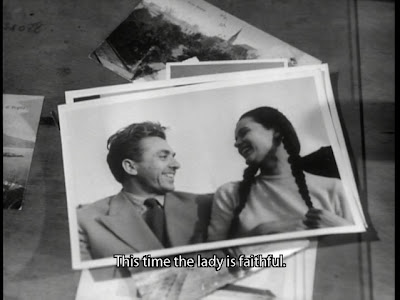 Investigation of a woman above suspicion?

Wanting to know more about his considerably younger wife Paola's past and possibly suspecting her of being unfaithful, Milanese businessman Enrico Fontana hires private investigators to look into her life. While the investigation finds nothing particularly untoward, it does reveal that one of Paola's friends, Giovanna Carlini, died in an accident shortly before she was due to be married and mere days before Paola's move from Ferrara to Milan. 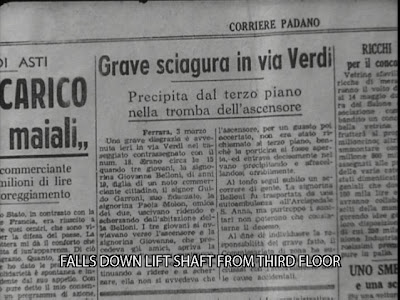 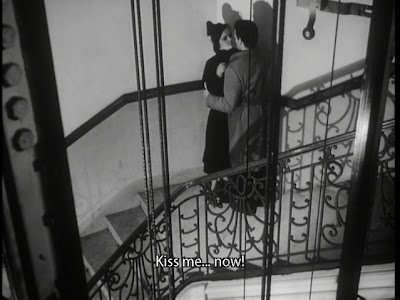 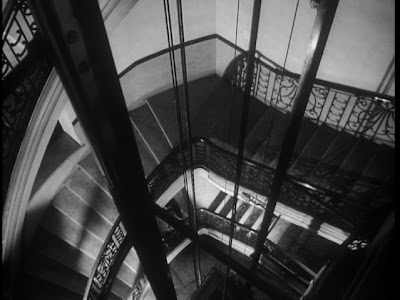 Lifts and stairs have an important place in the film; cinematographer Guiseppe Rotunno later worked on The Stendhal Syndrome

It also, however, has the unanticipated consequence of bringing Giovanna's fiance, Guido, to the city, to alert Paola to the fact that she is under observation. Soon they rekindle their old relationship and start to dream of a new life together – a life in which Enrico has no place but his wealth does... 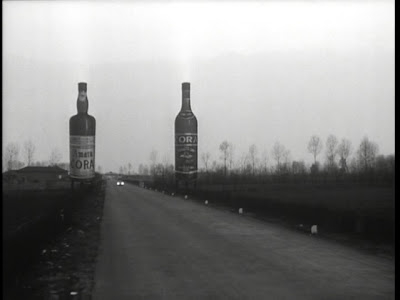 Antonioni's skill in using found architectural features is already evident. 20 years on would these have been J&B bottles?

Michelangelo Antonioni's debut feature has been described as an Italian film noir and, as such, is of interest to the giallo enthusiast as a borderline predecessor of the form. While it doesn't have a black gloved killer wielding a gleaming blade, bars playing easy listening hammond grooves and serving endless glasses of J&B (though modish jazz music and brand names both have their place in the film), it does present a traumatic incident whose consequences reach out of the past and a less than flattering portrait of sophisticated, fashionable, high society (but not yet jet-set) life; it's this shift in socio-economic position that also makes it an important development from Luchino Visconti's earlier Ossessione, whose impoverished, rural characters are less representative of the giallo as it was to develop in line with the “economic miracle”. 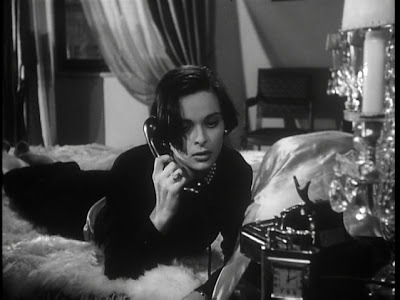 The fatal or the suffering woman?
Posted by K H Brown at 11:41

WOW! This movie looks amazing! I love how the camera is almost spying on the characters. Is this available on dvd?

The screen grabs are from the US Noshame DVD. It's a really nice two-disc set, which they clearly put a lot of work into.