We open with an iconic scene, straight out of countless gialli: a beautiful woman, dressed for bed in is disturbed by a noise and goes to the window to investigate. There she finds a maniac waiting. He forces her onto the bed, rips her nightdress open and strangles her to death.

Yet something is also wrong with the scene. While the killer is wearing black leathers, his face is visible rather than masked. It’s less surprising, then, when the lights go up and it is revealed that we are on a set, with the scene that has just been shot the last one for Hans Schwartz’s latest film. 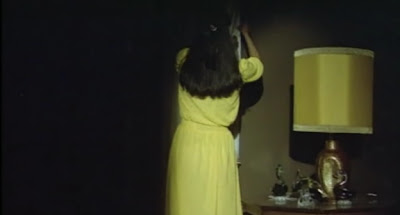 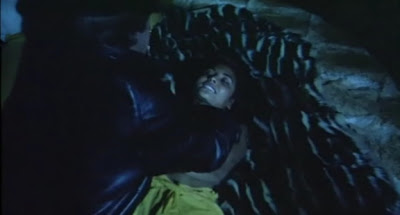 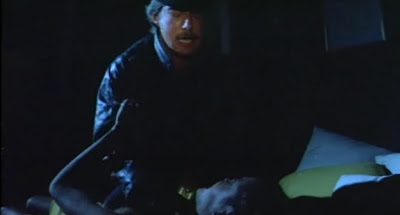 The closing scene of the film within the film that opens the film, with some characteristically giallo use of the colour giallo

What proves to be more important by way of the narrative about to unfold is that leading man and strangler Michael found himself getting too into the role, on account of a childhood trauma in which his father, a successful conductor whom he now resembles, was fatally wounded. 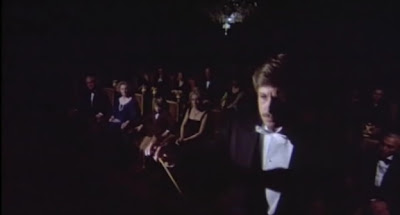 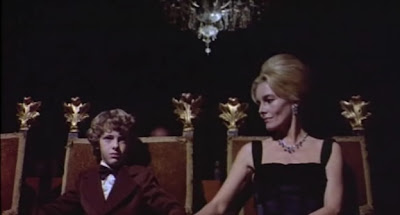 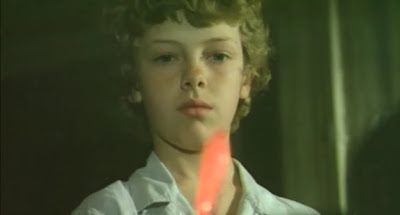 Childhood flashbacks triggered by some photographs; the issue is not, as in Deep Red, who the figures in the primal scene are, but rather who was wielding the knife and struck the fatal blow

On the spur of the moment he thus decides to invite his film-making friends to his family villa for the weekend and to see his mother for the first time in many years. 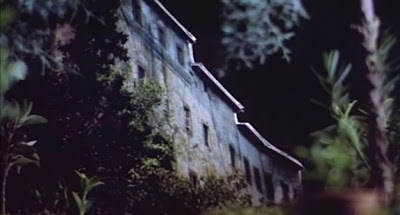 Michael and his girlfriend Deborah are the first to arrive, and are met at the gate by family retainer Oliver, who intimates that Michael’s mother, Glenda, is not well. Michael, meanwhile, presents Deborah as his secretary, a move which does not seem to make much difference as far as Glenda’s decidedly chilly reaction is concerned. 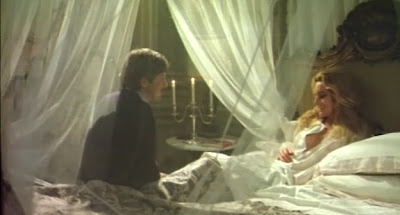 Soon the others arrive – Mark’s co-star Beryl Cunningham, Hans and his assistant director Shirley – and things start to get weird.

First, Oliver recoils in fear when Hans (who never goes anywhere without his camera, or has he prefers to refer to it, his third eye) attempts to photograph him, reminding Beryl of the superstitious inhabitants of her island home, Martinique.

Then an unidentified figure pulls the light switch and almost drowns Beryl in the bath – assuming, that is, she didn’t just hallucinate the whole thing, as Shirley suspects might be the case. 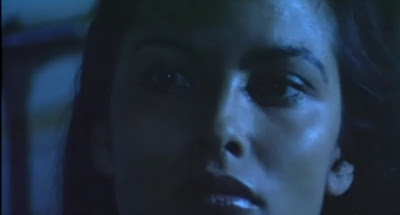 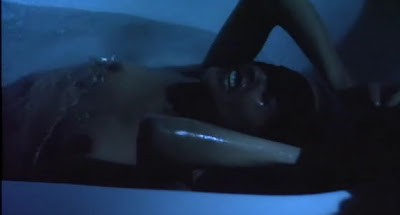 Attempted murder in the dark

Then Deborah has an unusually vivid nightmare in which she discovers a dungeon in the depths of the house, is affixed to an X-shaped frame and almost sacrificed by a masked figure. 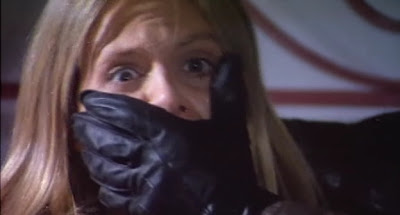 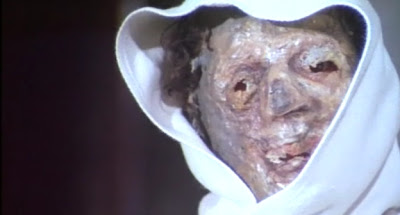 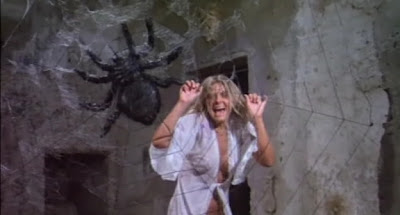 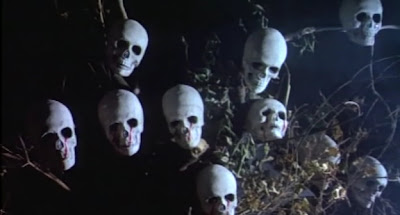 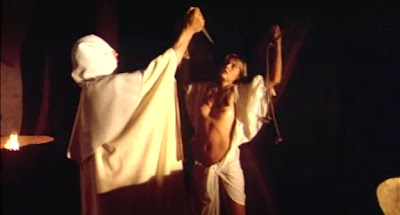 Worse is to come the next morning. Leaving the others to explore the estate grounds, Mark and Beryl make love. He then awakens to find her dead body besides him, his bloody knife at her side...

It’s impossible not to watch Murder Obsession without feeling a certain sadness at the whole thing, representing as it does not Riccardo Freda’s farewell to the filone he effectively inaugurated a quarter of a century before with I Vampiri.

As with that film, it’s difficult to pin down exactly what Murder Obsession is generically, easier to say that it’s a Freda film, in which the Gothic and giallo elements intermingle and rational logic is secondary to atmosphere and mood. 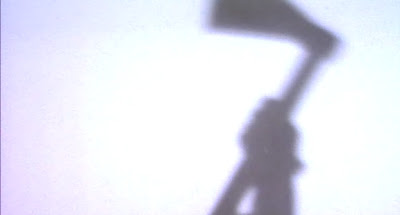 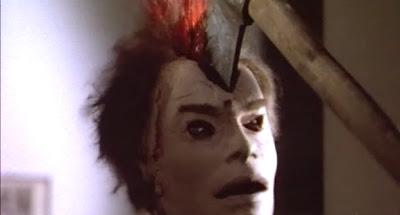 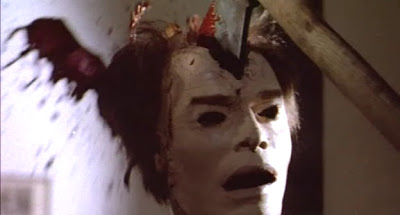 The effectiveness of an effect is inversely proportional to the amount of time one spends looking at it? 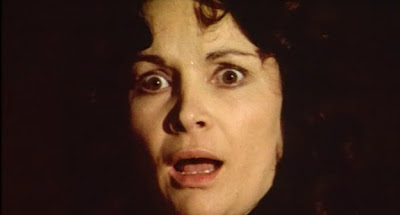 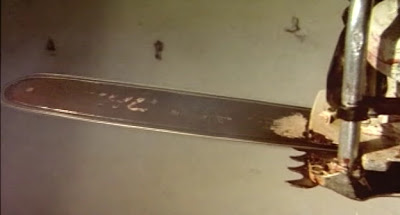 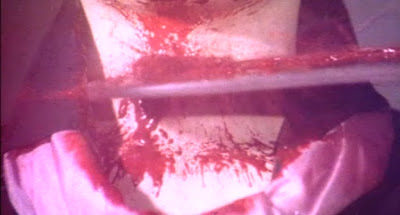 It’s an approach which turns what would otherwise be weaknesses, like the obvious falseness of some of the effects or the way Anita Strindberg’s Glenda and John Richardson’s Oliver seem not to have aged at all over a period within which Michael has developed from a curly-headed child into the spitting image of his late father, into strengths.

If a giant spider looks fake, then remember it is (re)presented within the context of an already ambiguous dream sequence, its value perhaps more symbolic than real; if Strindberg is too young to play mother to Stefano Patrizi – in real life she was born in 1944, he 1950 – this only adds to the strangeness of their relationship, with remarks to the effect of “not having changed a bit” recalling and reversing the relationship between Pierre Lantin and the Countess Du Grande, posing as a younger relative, in the aforementioned I Vampiri.

More generally, it’s entirely in keeping with Freda’s rejection of overtly supernatural material as silly coupled with an interest in seeing what happens when individuals take a belief in such seriously. In the end, it really doesn’t matter the Seal of Solomon really has the intrinsic power to repel the demon if the one who may be possessed by this demon believes it does, just as in Tragic Ceremony – another relevant Freda intertext here – one of the results of the black magic rites is a number of bodies whatever efficacy or otherwise you ascribe them.

This said, Murder Obsession doesn’t always work. While Freda rarely makes errors of judgement within his mise-en-scene, with “unmotivated” camera movements, “natural” intrusions (we’re told the wiring is susceptible to short circuiting when the weather is bad, as it seems to be every night) and recurring aural and visual motifs hinting at a world alive with possibility and meaning if we want to look for it, in a manner more akin to the hyper-reality of Deep Red and Shock than more realistic early 70s gialli (although such tropes as the J&B bottle, the tape recorder and the photograph that reveals a vital detail are present), the Seal of Solomon aspect is less well handled.

It is not so much that its significance comes out of the blue, clearly being visible in a magical tome earlier on, more that Deborah’s wearing of it / a Star of David at a crucial moment is not adequately telegraphed in advance. While her name certainly suggests she may be Jewish, the characterisation is really a bit too sketchy, especially when the nightmare sequence is presented as a black mass, a satanic inversion of Christian beliefs. (One half wonders in this regard if there were some issues of translation of ideas between Freda, as the Catholic co-scenarist, and Simon Mizrahi, as the Jewish dialogue writer.) 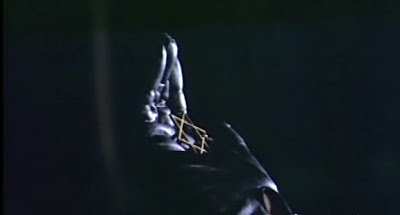 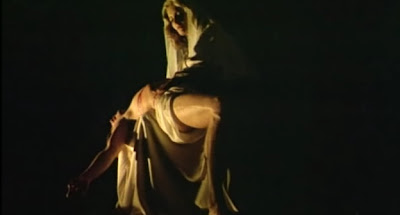 It’s different in Deep Red, where Helga Ulmann’s Jewishness is an excessive element, a subtext which certainly adds to the resonances of the film but which is not necessary for viewers to pick up on to enjoy or understand it, or Antonio Bido’s Argento-inspired Cat with the Eyes of Jade, where the (return of the) repressed trauma of the Holocaust is fully integrated into the narrative.

Here, however, what we have is something that flip-flops between significance and insignificance and which, one feels, might have been better integrated by, for instance, suggesting that part of Michael’s reluctance to present Deborah as his girlfriend could have been on religious grounds as he feared a prejudiced response from his mother – an attitude that might then in turn have helped explain his attraction / repulsion feelings towards Laura Gemser’s Beryl, here recalling Xavier Mendik’s analysis of her Black Emanuelle roles.

If not a masterpiece, Murder Obsession is nevertheless a fitting end to Freda’s career – necessarily discounting D’Artagnan’s Daughter – that aficionados will appreciate; if I have commented extensively on the odd little thing that mar the film slightly, it is at the expense of praising the larger contributions of the cast, crew and composer Franco Mannino alike.
Posted by K H Brown at 15:04

Are your screenshots coming from the Italian Raro release? I couldn't find any review of said disc on the net.