One of the many little details within Inferno that has long intrigued me is the woman in the library who sneaks a conspiratorial glance at Sara as she passes. The reason for this is that in an absolute, constructed film like Inferno, where nothing is left to chance, even a two or three second shot like this is there for a reason – even if this reason is the intepretive enigmas it poses. 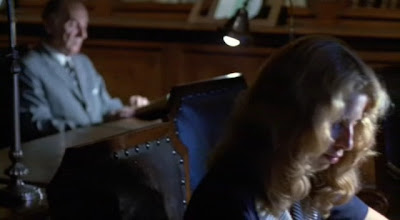 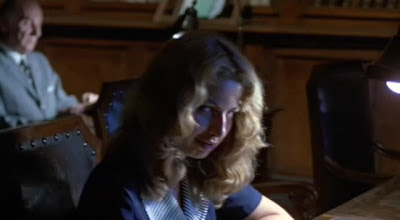 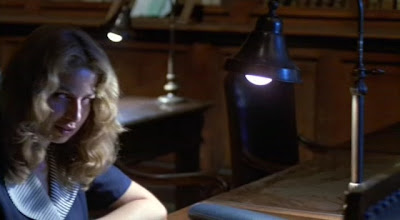 Watching the film again, and comparing it to the scene in Suspiria where Suzy is caught in a beam of reflected light by one of the Rumanian “ogres” as she moves through the main hallway of the Tanzacademie, I have a theory: this woman is yet another of the three mothers' minions and this is the point at which Sara falls under their influence of their malign power as she uses the evil eye or similar on Sara. There are three keys here:

First, that Alfred, the sinister child, also seems to momentarily smile in the Suspiria sequence at the point when Suzy is transfixed in the beam of light, only for his face to return to normal once the spell has been cast. 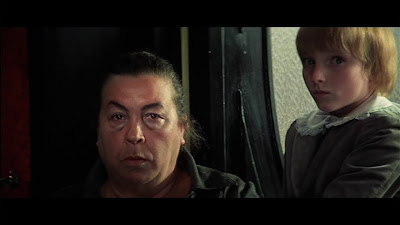 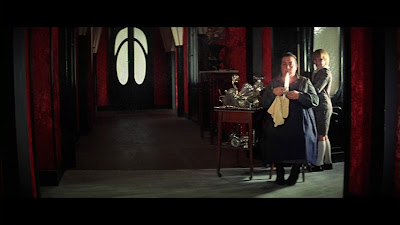 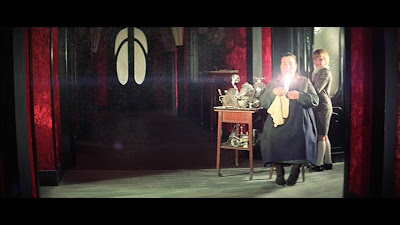 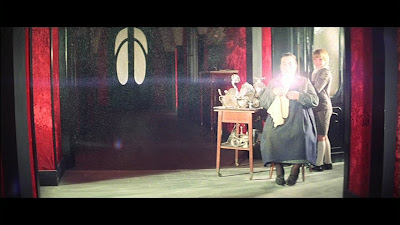 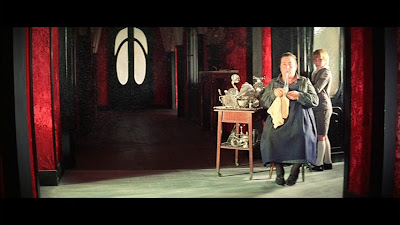 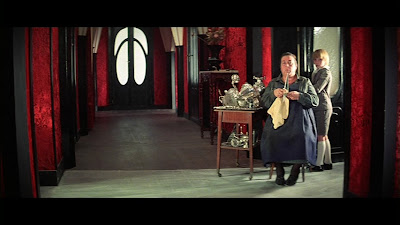 Second, that immediately after this moment, Sara steps into an area of unnatural red light and inquiries as to the whereabouts of Varelli's Three Mothers, which just happens to be right behind her. 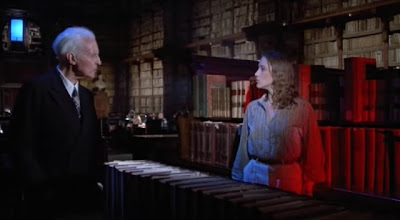 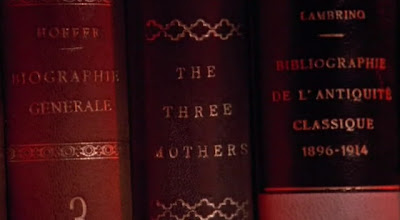 Third, as she takes and opens the book (accompanied by a camera movement around and isolating her) time seems to vanish as, despite only seconds passing on screen, the next thing we hear the library is about to close and is now empty; it is at this point, attempting to leave the place, she gets lost in its red and blue coloured labyrinth and encounters another of the Mothers' minions. 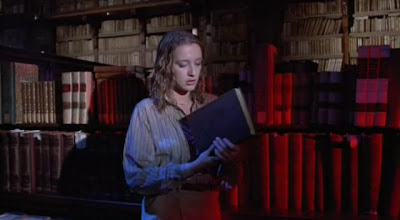 I never noticed that girl in Inferno. I'll rewatch it.

I don't recall the source, but I remember reading or hearing that Argento directed many of the cast members of INFERNO to act in scenes differently to the way the scenes called for them to act; he wanted to create a mood of volatile unpredictability, and lend the film added texture in the process. I strongly doubt the look on the face of the library girl was meant to be anything but an unexpected visual accent. Actually, this is an old Fellini trick that can be found in tracking shots through crowded compositions in all his movies dating back to 8½.

To be honest I was just being provocative, deliberately crossing that line between interpretation and over-interpretation. Part of the pleasure I find in Inferno in particular is the way it almost seems to invite such speculations.

Fascinating theory. Never thought of it that way, thanks ;-)