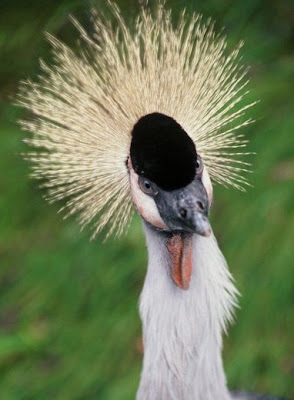 Or, The Bird with the Crystal Plumage
Posted by K H Brown at 23:30

It makes a very dinstinctive noise apparently. An amazing bird !

At least Argento got that part right then :-)

What prompted me to find a picture of the bird was a comment on The Bird with the Crystal Plumage on the IMDB by an amateur ornithologist who found that Argento's use of the Balearica pavonina to represent his fictional bird species threw them out of the reality of the film too much because they recognised the bird for what it actually was.