The mother of lunacies and the suggestress of suicides

One of my favourite Argento tropes is the way in which, rather than zooming in on a detail, he will instead close in on and isolate it by a series of two or three cuts. What it means is another matter, though I’m currently leaning towards it being an indication to the viewer to “look closer” or “listen closer”. (Admittedly this assumes there is always a meaning, a tendency we must also guard against...)

In Inferno there’s a particularly nice instance of the three shot variant in the montage that is intercut with the build up to Sara’s murder, as we get three shots of the full moon: 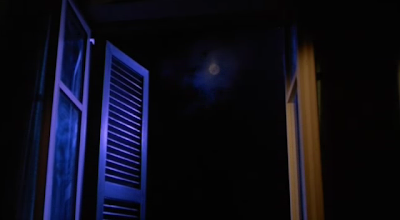 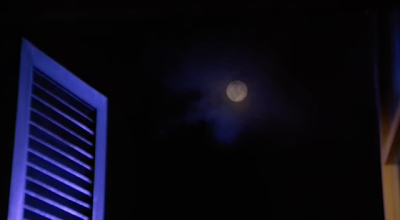 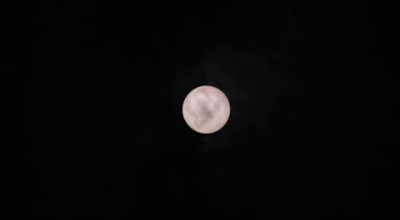 Here, I think Argento is alluding to the power of Mater Tenebrarum, “the defiler of God [...] the mother of lunacies and the suggestress of suicides,” according to De Quincey, noting that a hanging woman – a suicide – follows shortly afterwards within the montage: 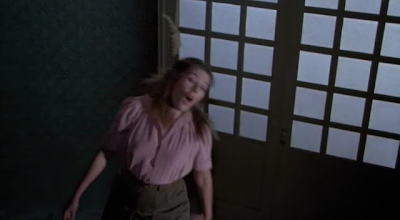 Email ThisBlogThis!Share to TwitterShare to FacebookShare to Pinterest
Labels: Inferno