Learning from The Master #1

“... a strategy that would become one of his [Hitchcock's] chief trademarks: the penchant for showing violence and chaos not only in violent and chaotic settings, but often in ordinary places (frequently pleasant, sunny, crowded) where they beset ordinary people as they go about their ordinary business”
- David Sterrit, The Films of Alfred Hitchcock, on a sequence in Blackmail 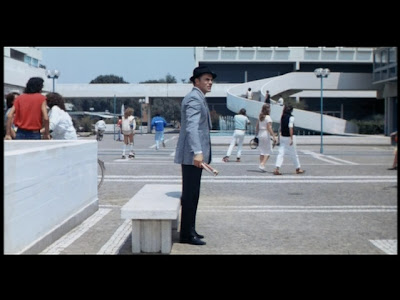 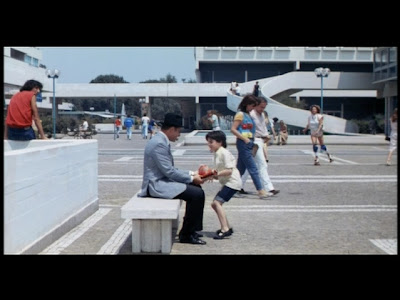 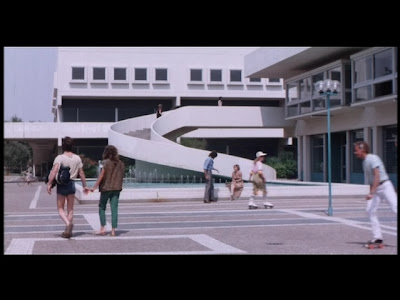 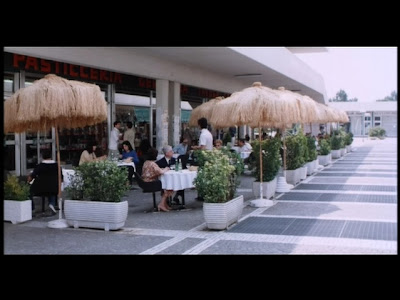 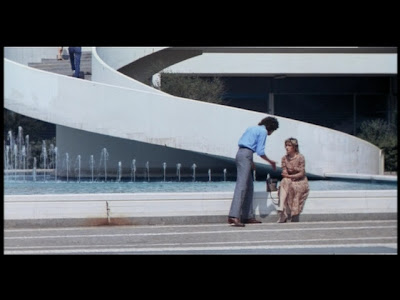 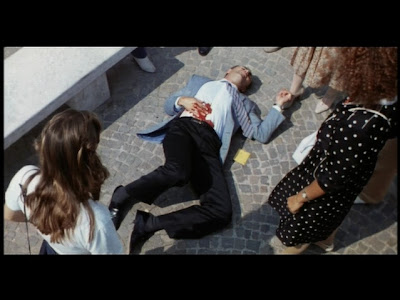 In truth, I don't think it's quite that simple. Throughout this sequence the signs are there in retrospect, whether it be the intertextual associations of the child with the ball as a harbinger of death, as per Bava's Kill Baby Kill and Fellini's Toby Dammit; the two men fighting or the couple arguing. This is not just a quiet place, but also a quite place to die...

this scene reminds me of the outdoor killing in Bloody Iris, a frightening situation in such a run of the mill setting.

Absolutely - what I also think makes that scene work so well in Carnimeo's film is the contrast with the opening murder in the lift, as an enclosed, dangerous space rather than an open, seemingly safe one.

It seems a reminder that there's more thought in these films than mainstream critics sometimes recognise.

I totally agree with you.
Even sunny places that might apparently look as quiet can actually be the most dangerous ones: Lucio Fulci teaches a great lesson with "Don't torture a duckling", right?