Whatever you may think of his oeuvre, there can be no questioning of the Bruno Mattei / Vincent Dawn's commitment to low-budget popular filmmaking.

How many other directors in their 70s would have been willing to go to the Philippines for work and adapt to using digital video? Jess Franco certainly meets the second condition, but hasn't ventured outside more familiar territories of late as far as I'm aware. 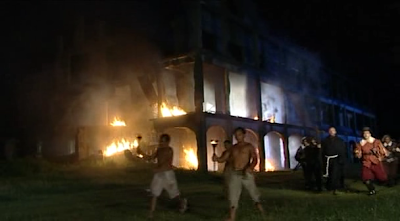 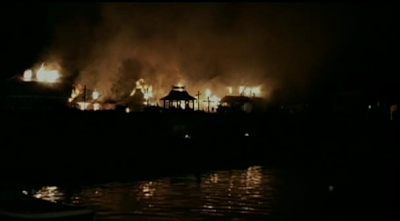 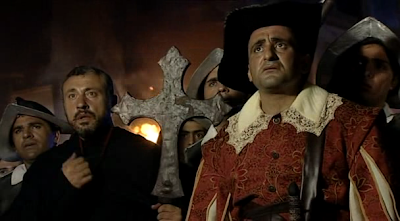 The shit is burning show 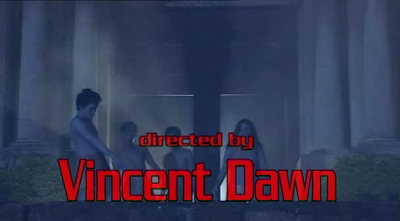 Vincent Dawn of the Dead

But far from being a case of too little, too late from someone who many may feel should never have made the transition from editor to director in the first place, Island of the Living Dead is a pleasing return to the give them what they want school of gore. It also manages, by way of filone expert Antonio Tentori's script, to throw in some allusions to the likes of Zombie, Erotic Nights of the Living Dead and the Blind Dead films whilst apparently taking on board more modern influences in the unlikely seeming form of the Pirates of the Caribbean franchise given the name of the production company, La Perla nera - i.e. the black pearl.

We begin with a prologue set during the colonial era, in which a group of Zombie-referencing Conquistadores are overwhelmed by voodoo-using native, slave and pirate forces. 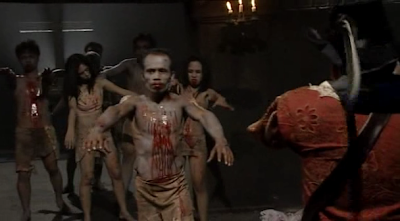 Following this we cut to the present day as a mixed group of treasure hunters, led by one Captain Kirk, find their vessel developing engine trouble. As (mis)fortune would have it, an uncharted island is nearby, allowing them to limp into shallow waters and apparent safety.

Whilst the engineer - thankfully not named Scott, but Max - stays on board to carry out repairs, Kirk and the other five crew disembark and, splitting up into two groups, go to explore the island. Needless to say they soon encounter the zombies along with their mysterious supernatural masters...

If the use of digital technology benefits Island of the Living Dead in terms of scale, the computer game-ish quality it imparts to some of the effects perhaps doesn't sit too well with the physical abjection so important to the zombie idea, with the more traditional exploding heads and ripped entrails working better in this regard. 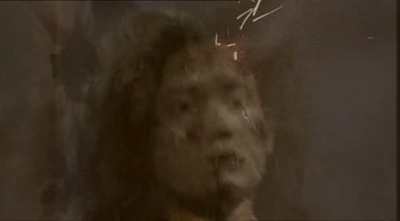 Otherwise the main departures from the old school likes of Hell of the Living Dead are the absence of Ed Wood-esque use of stock footage (thank $deity) and a more progressive seeming mixture of characters. The females not being reduced to tits and a scream figures, instead kicking as much ass as the males, while the ethnically diverse nature of the crew - like related to the film's production and future markets - helps preclude the reduction of the non-whites to comic relief and / or outright racist ignominies.

Indeed, if there's anyone one feels particularly sorry for here it's the actors who formed part of Mattei's stock company in the last years of his life and career. In particular Ydalia Suarez and Yvette Yzon are the kind of 'exotic' beauties who could well have enjoyed Laura Gemser type careers had they just been around 30 years earlier, Yzon also tellingly appearing in Mattei's late WIP film, Anima Persa.

hello there: I am from Spain & I have been following this blog for a year.
Could you tell me if this movie ISLAND OF THE LIVING DEAD has been released on dvd somewhere?

It's on German and Czech DVD as far as I know. The AVI I watched was in German. I should also be reporting on the follow-up soon, for which I have an English dubbed version.

oh, thanks, I will check it on amazon germany.
I got the 2 cannibal ( land of the cannibals & cannibal Vs commando) movies from Mattei in Hong Kong at the end of 2005, they are in English with chinese subtitles.

I already bought it & also zombie the beggining at amazon germany. I am looking forward to see them.

I wish Mattei's Anime perse A Women's Jail will be released on dvd soon too!

Thanks so much for your help!
Best from Spain