Given Joe D'Amato's prodigious work-rate and his willingness to engage with just about any filone, it comes as little surprise that he should have made a mondo film, Follie di Notte.

Though Gemser is absent here, her stand in being Amanda Lear – a popular singer of the time, who book-ends proceedings with performances of a couple of her songs in a nightclub – it’s otherwise largely business as usual: 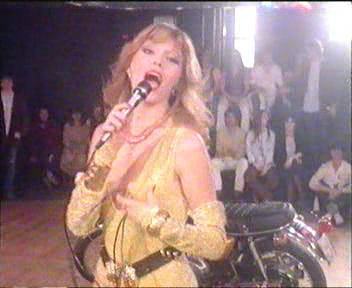 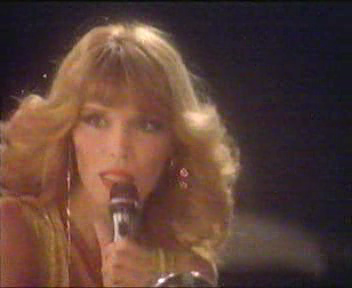 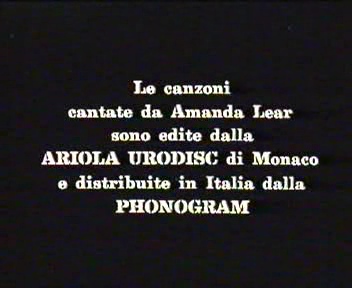 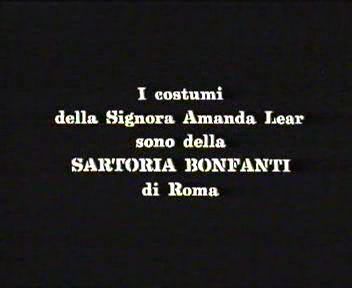 The thing that is lacking about this supposedly shocking material is, however, its ability to actually shock anyone who has sat through the full version of the director’s Emanuelle in America – as a film whose fake snuff scenes are far more disturbing than the S&M here, in diegetically going beyond the safe, sane and consensual – or any of the sex and horror themed crossovers he would soon engage in.

On the plus side, D’Amato’s presence as cinematographer under his real name, Aristide Massaccessi, grants proceedings a touch more visual dynamism as he attempts to mimic and further embody the performers delirium rather than just record it.

The film may also encourage us to think about the longer history of the mondo film, as a continuation of the hitherto repressed anti-narrative, exhibitionistic, spectacular and shocking tradition of the early “cinema of attractions”.

I guess Lear might also have been chosen because there were persistent rumours that she was actually a transsexual.

That's certainly possible, though the impression I get is that she always denied and played down these, such that if D'Amato was to exploit this he would have had to have been careful, and done it in the post-production and promotion.

Wonder if D'Amato ever worked with Ajita Wilson...

I love some of Amanda Lear's songs like "Enigma" and "Follow Me". I'm no expert on her but I seem to recall reading that she deliberately addressed questions of her gender in a rather ambiguous manner. This was apparently in order to make her more mysterious and to make sure she stayed a popular star whose persona was clouded in mystery.

Ajita Wilson *did* work for D'Amato. She is in one of his other mondo movies made prior to this one. D'Amato tells a funny anecdote about shooting a scene with her and Rick "Erocolino" Martino in the Joe D'Amato Uncut documentary.

Btw, was your version of Follie di notte in English or Italian?

Was Martino the one D'Amato credits with turning queer? He's credited in this, though I wasn't sure who he was - Hedman's partner?

My version was in Italian; I downloaded it off Cinemageddon a few days ago.

Martino was Marina Hedman's partner in her hardcore debut in Emanuelle in America but I don't know who he could have been in Follie di notte as I still haven't seen it. I've been on the lookout for an English version but not come across it yet...