These are the continuing voyages of the spaceship Giallo Fever. It's five-year mission: to seek out the worst in European cinema, to boldly go where few trash film fan have gone before...

Yes, it's Al Bradley / Brescia's Star Odyssey, one of that select group of Italian filone films that make their Turkish counterparts seem almost accomplished by comparison.

The model, however, is not less Star Wars, as was the case with Luigi Cozzi's Starcrash and most other entries in the sci-fi filone circa 1978-81 – although we do get a spot of light-sabre style action – but rather Star Trek, with the film taking place in and around Earth a few hundred years in the future, rather than a long time ago in a galaxy far far away. 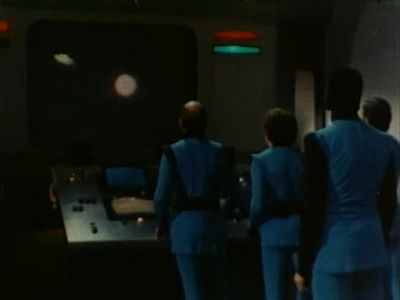 The bridge of the Enterprise Mark I 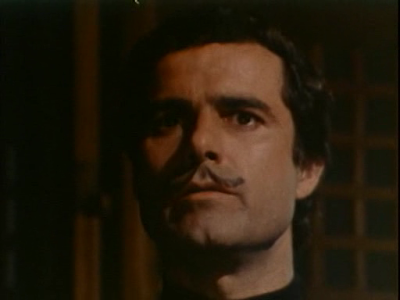 In this time mankind has started patrolling the other planets in the solar system, but has not yet developed any kind of faster than light travel. We also soon learn that people have developed the mental ability to control others' minds and to move small objects, and that a new metal – call it Unobtanium, since that's total world production apparently only amounts to around 1kg – has been discovered. 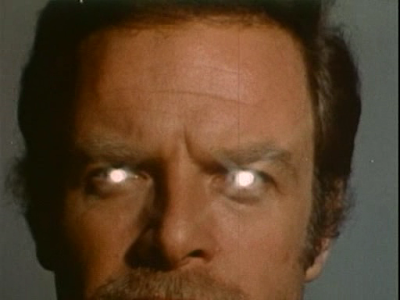 These aren't the droids you're looking for...

But if man is technologically more advanced than now, he is also several hundred years behind the alien species to whose attentions he has new come. Worse, these aliens are if anything behind contemporary man in terms of their culture and civilisation, inasmuch as they soon decide that Earth makes for a useful supply of resources, including slaves, to be auctioned off to the highest bidder. 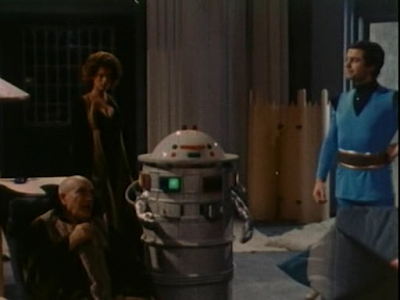 The professor and his robot

Needless to say the Earth government is not about to take this lying down if they can help it, as the advice of the smartest man in the world is sought and a hand picked team of superheroes are assembled to take on and repel the invaders...

The German Marxist theorist Ernst Bloch posited the idea of uneven development, noting that in any given civilisation economically, culturally and politically development need not necessarily follow from one another and, indeed, could be in inverse relationships. Though it may admittedly seem something of a stretch to introduce such notions to a discussion of Star Odyssey, I think they apply at at least two levels. 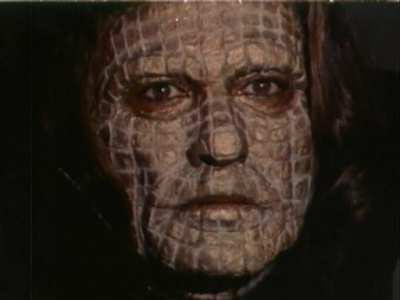 You can tell he's evil because he doesn't look like us?

The first is the obvious subtext of the film itself, with the Professor remarking upon how the aliens' desire to enslave and exploit man is really no different from that of the relationship between the white coloniser and the non-white colonised a few centuries earlier, as a theme which further cements the filmmakers Star Trek-like future utopian message: 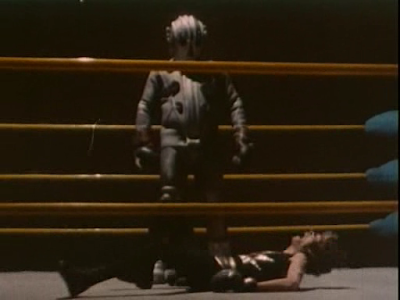 The second is as a no doubt unintentional comment on the status of the Italian sci-fi film in relation to its better-resourced Hollywood counterpart. For if Space Odyssey is a clearly impoverished production it's also a well-intentioned one where the filmmakers have clearly tried – if failed. 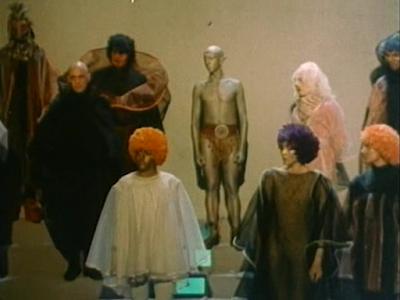 The inter-galactic auction of Earth

When the alien warlord demonstrates his super weapon, he does so by destroying a city or two. Perfectly (un)reasonable, except the stock footage used is in black and white in an otherwise brightly coloured film, and is clearly of WWII vintage. Was the idea was again to cement that the bad guys, for all their technological superiority, were really no more than fascists, and, if so, perhaps not that different from Star Wars, with its unthinking, unfeeling, supremely loyal to their leader / fuhrer Stormtroopers?

The enslavement of mankind is represented only by stock footage of Africans but not the other people that the aliens apparently sample from, like the Japanese. If budgetary considerations were clearly to the fore here, it also helps reinforce the idea that the aliens are only doing what we Europeans were doing a few hundred years ago. 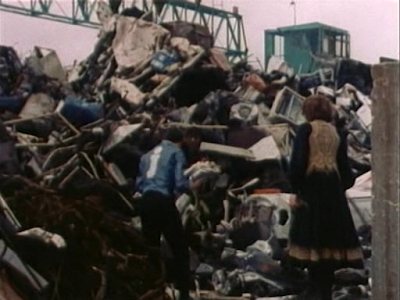 Brescia's scrapheap challenge: make a film from this 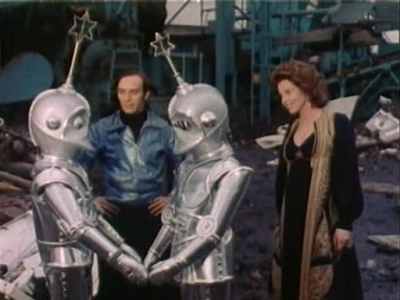 Another reference point, oddly enough, is Douglas Adams, specifically in the form of not one but two paranoid – or more specifically suicidal – robots, Tilk and Tilly, who provide for some intentional comic relief with their Romeo and Juliet style romance. Tellingly the pair are also rescued from a rather contemporary looking scrapyard and again provide a 'we've learned something today' reinforcement of the message from space:

Tilk: They say creatures like this shouldn't be allowed to run around loose. They ought to be kept in zoos.

Tilly: Now Tilk, that's just prejudice. He has as much right to activate as we have, even if his tin is a different color.

Of course, if all this serious, pseudo-intellectual stuff isn't your thing you can always enjoy the sheer awfulness of the film and the misfortune of the various filone veterans, including Gianni Garko, Franco Ressel and Chris Avram, reduced to appearing in it; the bleep and sweep heavy synthesiser based score, and the sheer MST3K-ness of it all.

[The film is available for download from Cosmobells blog]
Posted by K H Brown at 10:33