Here's an interesting one: crime auteur Fernando Di Leo directing a script by Alberto Silvestri that seems less written for him than as an obvious imitation of The Sting for whomever happened to be available to take on the project.

The closest point of comparison amongst Di Leo's own films as a writer-director – and sometimes producer– is probably probably Colpo in canna, as another relatively light-hearted entry where the cat and mouse games are more for fun than keeps.

The story is simple: Nick Hezard, played with winning charm by Luc Merenda, wants to avenge the dead of one of his friends at the hands of Robert Clark, played by Lee J. Cobb, and plans an elaborate con to achieve this end.

While Clark is a more or less direct stand in for the Robert Shaw character in The Sting, there is perhaps also a Di Leo element in that he has clearly transgressed against the kind of rogue's code often found in the director's work. Killing someone because they successfully conned you and thereby demonstrated themselves to be a better player of the game than you is fundamentally 'against the rules' that these men (and occasionally women) live by. 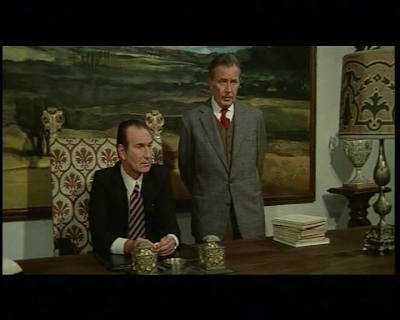 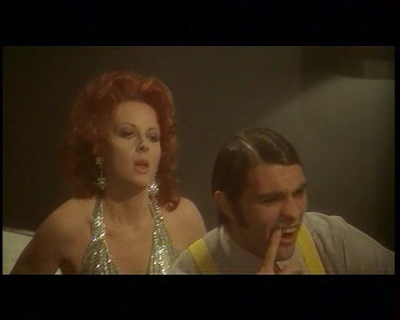 Lassander and Merenda, in exaggerated form

The most pronounced departure from The Sting is that the film is less a buddy movie than a buddies movie, as highlighted by the alternative The Friends of Nick Hezard title. There is no figure comparable to Paul Newman's character in George Roy Hill's film, but rather a host of endearing supporting characters ranging from Valentina Cortese's eccentric mother to Luciana Paluzzi's jealous girlfriend to Gabrielle Ferzetti's fellow professional.

Besides the already formidable array of talent already mentioned, the cast also includes the likes of Dagmar Lassander, William Berger, Umberto Raho and Fulvio Mingozzi to make for arguably the best ensemble Di Leo would ever work with and a virtual who's who of Italian popular cinema around this time.

Di Leo's regular composer Bacalov contributes a score that is by turns suspenseful and whimsical, demonstrating his versatility by avoiding more contemporary instrumentation and stylings – this despite the film's present day setting – in favour of jazzy clarinet, oboe and so on. 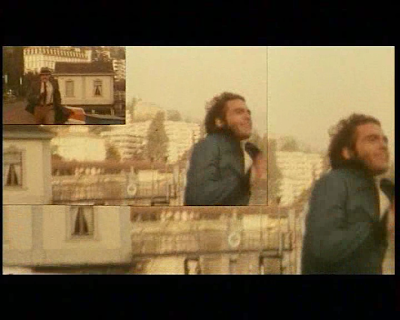 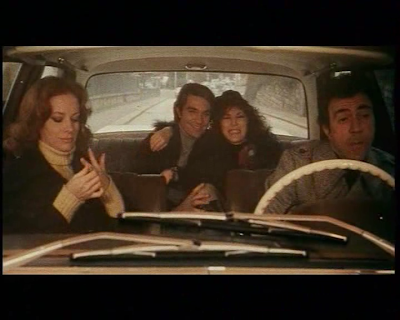 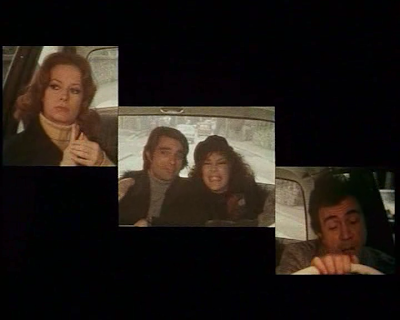 Di Leo's own work is replete with gimmicks both old and new, such as irising, wipes, split screens and multiple images. If this proves a combination that at times feels a touch schizophrenic as a mix of 1920s and 1960s idioms, it also helps further distance the film from its sepia-toned period inspiration and, with the split screens recalling the original version of The Thomas Crowne Affair and thereby highlighting another possible caper film inspiration.

Importantly, however, sometimes this technology amount to more than a gimmick, as when the fragmentation of the characters' spatial relations during a car journey hints of Nick's closeness to his mother in one frame within the frame and his relative distance from girlfriend in another in a way a conventional two or three shot perhaps couldn't. 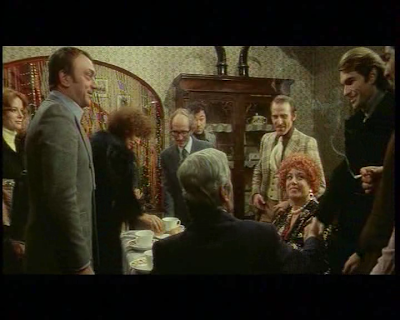 Nick and his friends

Likewise these constant reminders that we are watching a film – as another carefully orchestrated performance – neatly c(l)ue us in to the film-within-the-film finale, where Nick plays a role comparable to Di Leo's own.

A welcome further demonstration of Di Leo's talents and versatility.
Posted by K H Brown at 21:22