After their plane goes down in bad weather, survivors Karen (Anna Bergman) and Peter (Dan Monahan) manage to make it to an isolated island. Another plane flies overhead, indicating that there is at least the prospect of rescue, but fails to spot them. Accordingly the two build a shelter and attempt to settle in to their new situation. 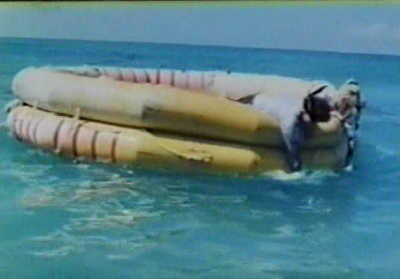 How did we get here?

Chris Taylor (John Richardson) comes to the island by boat and stays with them a while.

Following his departure a group of natives land on the island to conduct a voodoo ceremony. Peter manages to scare them off and save Inez (Lucia Ramirez) from apparent sacrifice. 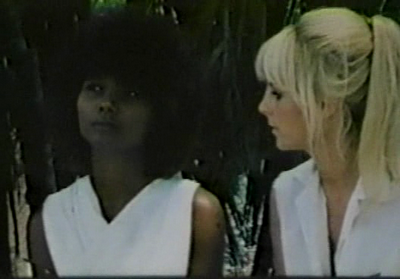 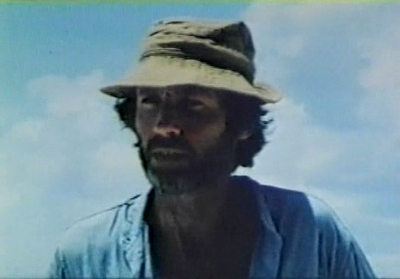 While the results again demonstrate D'Amato's adaptability and occasional willingness to try his hand at making a 'proper', less exploitative film, they are not the most interesting to watch, with a distinct lack of dramatic, sexual, class or any other sort of tension throughout.

The appearances of Chris and then Inez certainly threaten to alter the dynamics between Karen and Peter, but nothing really happens. (Lost anyone?)

This is partly because these moments don't built into memorable set-pieces. This is perhaps most evident in the plane crash sequence, as D'Amato unexpectedly cuts from the build up within the plane to the aftermath. Clearly there wasn't the budget or inclination even for some unconvincing model work.

In the end one gets the sense that D'Amato recognised that the film didn't have much going for it when he encouraged Bergman to put her name to it as director in the hope that it might gain something from association with her more famous father, Ingmar.

I suppose this gives us a nice shock answer if ever asked to name a favourite Bergman film ;-)
Posted by K H Brown at 10:59