Given that his widowed daughter Jacqueline Aubry is about to be engaged to remarry and obtain the family a noble title in the process, banker Favraux should be happy. All his schemes, 20 years in the making, seem about to finally come to fruition. Unfortunately for him there are two flies in the ointment.

The first, whom he initially dismisses, is Judex, the self-appointed scourge of the underworld – his name, as Favraux's assistant Valliers explains, means 'judge' or 'upholder of he law' – who knows his wealth and power is built on blackmail and treachery and has sent a letter telling the banker to own up to his crimes and give up his half his ill-gotten gains, or else.

The second is Pierre Kerjean, an old co-conspirator who went to prison for Favraux on the promise that his family would be supported, duly had his naïve trust betrayed, and has now showed up seeking help in finding his long-lost son.

The old man is easy enough to deal with, being taken care of in a hit and run 'accident' but Judex proves another matter entirely.

Making his first appearance at Jacqueline's engagement party disguised as a bird-masked conjurer, he spikes Verneau's drink, causing the banker to drop down dead at the very moment indicated in his letter of the previous day. 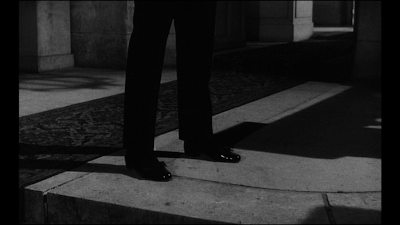 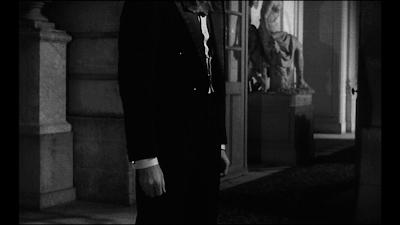 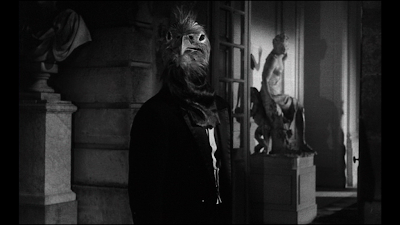 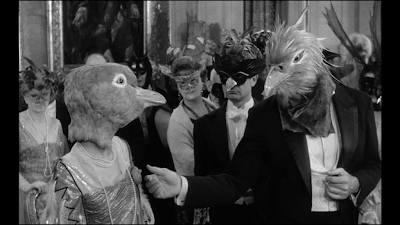 Following Favraux's burial, Judex and his men dig up the banker's coffin and take it to their secret hideout in a windmill. Favraux, who was not dead but merely in a catatonic state comes to in a cell for the continuation of Judex's punishment. 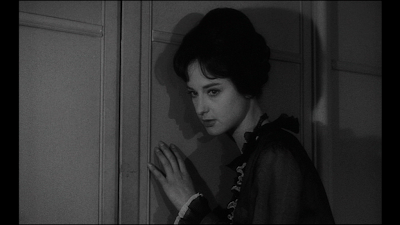 And Diana, the huntress, makes her move

Meanwhile the governess, Marie Verdier, whom Favraux had been planning to marry and is secretly the head of a criminal gang of her own under her real name Diana Monti, stakes her claim to his ill-gotten gains and thus sets herself on a collision course with Judex... 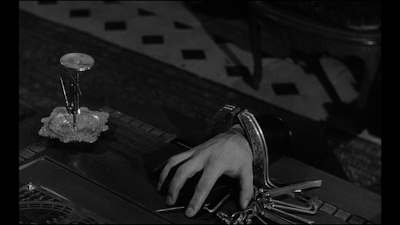 Charming and entertaining as it is, Judex is never quite as good a film as it could have been for one very simple reason: the subject was not director Georges Franju's first choice. Knowing that a femme fatale and a diabolical master of disguise provided rather more interesting anti-heroic possibilities in tune with his own sensibilities, his preference was for two of silent serial director Louis Feuillade's other characters, Irma Vep of The Vampires – work out the anagram of her name, as a predecessor of “Johnny Alucard” – and the eponymous Fantômas. (Bringing it back for today's audiences we might consider here why the Joker gets the best lines and notices in the Batman films; if this seems arbitrary consider that both films feature caped crusaders and that the look of Batman's nemesis can be traced to another half-forgotten tale of crime and punishment, The Man Who Laughs.)

While Franju does make Diana / Marie into something of an Irma Vep character as she slinks around with feline grace in a black body stocking before disguising herself as a deliciously devilish nun, this serves to also emphasise the comparative blandness of Judex himself, with only his initial appearance in the bird mask really having the same imagistic power. 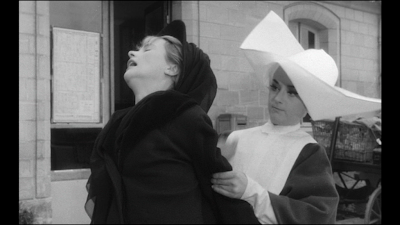 Suor omicidi; note also the reversal of the usual black and white symbolism in the first image

Indeed Feuillade, a conservative rather than an instinctual anarchist like Franju, had actually created Judex as something of a watered down version of his earlier more anarchistic villains-as-heroes that he hoped would quell the establishment criticism they had provoked. 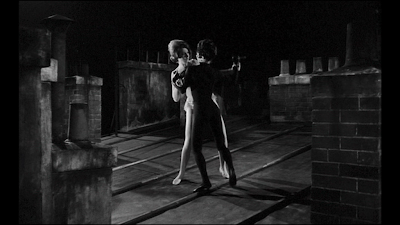 The most telling scene with regard to the difference between the two men's sensibilities is one late here that sees Judex encounter Favraux after the banker has been rescued by Diana. As Judex lurks outside Favraux expresses contrition for his old actions and indicates that he is does not want his old life back any longer. In part this is because he knows it suits several influential people for him to be dead to the world, with the implication that if he did dramatically reappear – a reappearance not outwith the realms of probability in the universe of these films – he would then soon wind up dead for real. Judex then bursts in regardless, still determined to act as judge, jury and executioner without evident regard for the clear selectiveness of his approach – a selectivity which becomes still more evident and compromised by the end of the film – but also his impotence in the face of what is clearly an endemic criminality amongst the respectable classes. As such, if Feuillade's Judex was a figure and a film acceptable to the establishment, here Franju pushes both that little bit further to bring the inherent contradictions of his prececessor's work to the forefront.

Franju further makes the film distinctively his own through a number of intertextual references to his previous films, with the doves that Judex produces and the guard dogs that protect Jacqueline and her daughter both referencing Eyes Without A Face. Certain of his composer of choice Maurice Jarre's musical motifs also sound very similar to those in the earlier film.

Balanced against this, however, Franju also beautifully captures the style of his silent serial models with intertitles, irising and other archaic effects like keyhole shaped masks, while also using his camera in a thoroughly modern and personal manner that recalls the contemporaneous nouvelle vague and Alexandre Astruc's theoretical notion of the “camera pen” with which the auteur director inscribed their signature onto their work.

Indeed, if anything, I would actually say that Franju's combination of new and old works better than that of Truffaut in Shoot the Pianist, as a film set in the present but making use of anachronistic techniques, and perhaps even Jules et Jim, as a film set partly in the same period.

Whereas to me Truffaut's use of irising and suchlike can come across as somewhat mannered, Franju's assemblages always have that sense of authenticity. There's the sense that unlike his younger counterpart he was never trying to impress anybody with his knowledge of cinema history and technique but was simply expressing himself and the delight he found in the early cinema. (Whereas Truffaut 'studied' at the Paris Cinematheque, Franju, along with Henri Langlois, founded it.)

Though not an actor, American magician Channing Pollock has a 'fit' with the Judex character and the film's universe, in that you believe he could pull of these tricks and invent this technology after seeing his bird-masked conjuring routine – which must have challenged his ability to misdirect somewhat, one supposes – and thereby makes the role his own.

Edith Scob brings that distinctive combination of fragile beauty and steely resolve to Jacqueline Favraux as she had earlier exhibited in the role of the titular Eyes without a Face, making it clear why Franju was drawn to work with her time and again.

The real star of the show as far as I was concerned, however, is Francine Bergé who, as Franju's Musidora / muse, has a much more active, challenging and trangressive role – see here Vicki Callahan's Zones of Anxiety: Movement, Musidora, and the Crime Serials of Louis Feuillade for an extensive analysis of the actress and her characters and what they meant to 1910s audiences, particularly in relation to gender norms – as Diana / Marie.

Eurobabe fans will want to note that Sylva Koscina has a smaller, but nevertheless pivotal role, as a passing circus acrobat, while Eurotrash fans may be intrigued to know that the film was produced by Robert De Nesle, later known for his work with Spanish maverick Jesus Franco.
Posted by K H Brown at 23:19