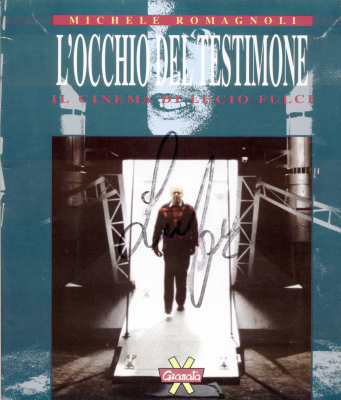 I picked up these two books on Ebay, intrigued to see what they had to say about Fulci and Italian horror from an insider's perspective. What follows are some not necessarily coherent, but hopefully interesting remarks...

Published in 1992 when Fulci was still alive but his career effectively over, Michele Romagnoli's L'Occhio del testimone is presented as a series of short, impressionistic chapters on a variety of key Fulcean themes – Life and Death; Time; influences such as Artaud, Poe and Lovecraft; women, relationships and love; rivalry with Dario Argento etc – interspersing Fulci's own remarks and reminiscences with Romagnoli's commentary and contextualisation.

The main weakness of the book stems from the circumstances of its production, with Fulci's identification as a horror auteur by this time meaning that there isn't terribly much about his earlier work in other genres; indeed, the filmography at the end splits into two, only providing detailed credits and synopses beginning with One on Top of the Other and omitting anything that doesn't fall into the horror-giallo-fanatasy fantasy spectrum.

This is a omission insofar as one of the points Fulci makes about his career when comparing his work his his arch-rival Argento is his greater versatility: if those taking Argento's side – and taking a side was what it was often about for close on 25 years prior to Wax Mask – might argue that he had the greater depth within the giallo and horror filone, those taking Fulci's could counter that Argento never made a western like Four of the Apocalypse or a comedy like The Senator Likes Women nor managed Fulci's level of productivity.

It's also somewhat odd insofar as another point which emerges through the likes of Fulci's comments on bringing Artaud into a sequence in an earlier western, Massacre Time, is the importance in seeing his work in more holistic terms: I wanted to know which sequence Fulci was referring to and how his application of Artaud here might have differed from, say, The Beyond.

In other ways the book is more successful in contexualising Fulci, however: The very inclusion of references to Artaud, Visconti, Lang, Ford, Elio Petri, Rene Clair, Steno and so on alongside the likes of Argento, D'Amato and De Angelis indicate – if anyone still doubted it – that he was a culturally and cinematically literate figure, with some of these figures remarks also suggesting how he wanted his own work to be understood.

Tellingly in this regard the chapter on Fulci's “factory” period for De Angelis, which saw him work prolifically with a regular team of collaborators like Vincenzo Tomassi, Sergio Salvati and Massimo Lentini, is headed up by a quote from Fritz Lang: roughly translated “I made the Blue Gardenia for the same reason I made Metropolis and others: because I have to eat.”

To paraphrase Marx, men make cinema, but not in circumstances of their own choosing? Or, more critically, that Fulci certainly also had to eat and support his family but perhaps could have gone without, say, his yacht, and might have enjoyed a better reputation had he made fewer films and more of an effort to present himself as an artist in the approved manner? 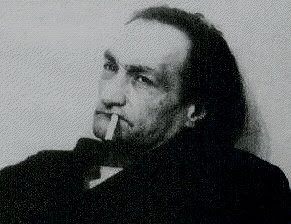 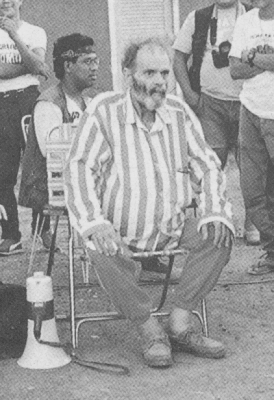 Fulci on the set of Zombi 3

Even if one has the same limited understanding of the language as I do, there are still the behind the scenes and personal pictures to look at. One I found especially touching is that Fulci on the set of Zombi 3 (a film he describes as “a trap [...] into which I fell), finding it eerily reminiscent of those pictures of Artuad shortly before his death. 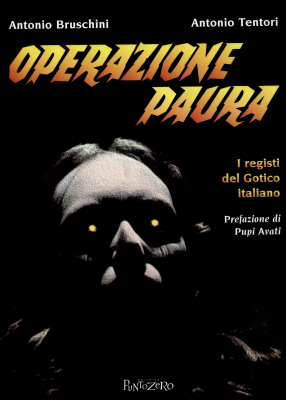 Published in 1997 and with a very brief preface by Pupi Avati, Antonios Bruschini and Tentori's Operazione Paura – i.e. the Italian title for Kill Baby Kill – presents profiles of ten key “Italian gothic” directors along with an overview of important contributions made by other filmmakers less associated with the form and a filmography of essential works.

The ten key men are Freda, Mario Bava, Margheriti, Argento, Fulci, Avati, Lamberto Bava, Massaccessi and Soavi – in other words, the usual suspects. Presented sequentially rather than alphabetically, each filmmaker gets the same basic treatment: a bit of background on who they are and why they are important, followed by an overview of their career focussing on their major contributions to the horror genre, with each key work getting a synopsis followed by a commentary.

Thus, for example, Freda matters for inaugurating the entire cycle with I Vampiri and for giving Bava the opportunity to direct, with the other key films in his filmography being identified as Caltiki – the Immortal Monster, Maciste in Hell, The Horrible Secret of Dr Hichcock, The Ghost and Murder Obsession, though I suspect the under-rated Tragic Ceremony would have been given more attention had it been more readily available to the authors.

While the choices thus tend to be fairly safe, this works to the book's advantage as a introductory overview, with films like Freda's disowned Iguana with a Tongue of Fire certainly having their moments and points of interest, but being better approached once the reader/viewer has an idea of where to situate them generically.

There is more of a sense of discovery in other cases, like Lamberto Bava and Avati, given the relative unavailability of the former's highly successful TV work for Italian television and the latter's films away from The House with the Windows that Laughed and Zeder.

Much the same can be said of the final chapter on other directors and titles, with a useful list of names and titles to check out should the opportunity ever present itself – Byleth, il demone dell'incesto, anyone? (Actually, I've recently downloaded that one, but just haven't had time to watch it yet.)

The thing that really makes one wish some material from the book were available in English translation is that the authors actually have an enthusiasm for the films they are writing about, without being blind to their shortcomings. This may seem a minor point, but when faced with something like of McCallum's Italian Horror Film of the 1960s, in which the author dismisses just about every title under discussion in a way that makes you wonder why he actually decided to write the book the first place, it's an important one.
Posted by K H Brown at 22:06

Email ThisBlogThis!Share to TwitterShare to FacebookShare to Pinterest
Labels: books