This was one of those films that I’d been wanting to see for a long time, but approached with a measure of trepidation. On the one hand, it was one of the few films directed by Mario Bava that I hadn’t seen. On the other it had a reputation as something of a 'bomb' itself.

The plot is simplicity itself.

The evil Dr Goldfoot (Vincent Price) has managed to evade capture once again and is soon back to his old tricks with his attractive but explosive girl bombs – i.e. convincing looking fembots equipped with explosive charges.

Working with the Chinese, represented by Hard Job (Moa Tahi), Fong and a bunch of nameless goons, his plan is to precipitate a nuclear war between the USA and the USSR by dropping an H-bomb on Moscow. 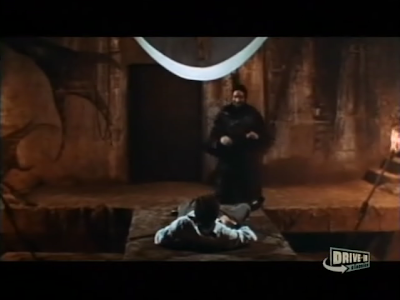 Price in the Pit and the Pendulum?

The only ones standing in his way are Bill Dexter, an ex-agent of SIC (i.e. Security Intelligence Command) whose boss Colonel Benson (Francesco Mulé) refuses to believe him when he tells the that Goldfoot is alive and scheming until it is too late; Benson’s secretary and obvious love interest/damsel in distress Rosanna (Laura Antonelli), and two hapless individuals by the names of Franco and Ciccio (er, Franco Franchi and Ciccio Ingrassia) accidentally recruited by SIC as the only men with the special talents needed to stop Goldfoot in his tracks… 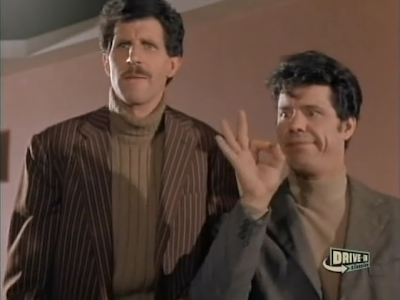 Franco makes a gesture that means something different to an Italian than a US audience? 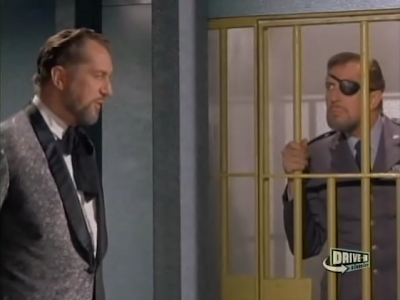 Goldfoot and the lookalike General Willis

The results aren’t quite as bad as I had feared, but would hardly qualify as prime Bava by any stretch of the imagination.

The chief culprits are Franco and Ciccio, the extraordinarily prolific and popular Italian comedians who averaged half a dozen films a year at the time by the expedient of doing their usual characters and routines in spoofs of whatever was in favour at the box-office at any given moment (e.g. spaghetti westerns like The Handsome, the Ugly, and the Stupid and Two R-R-Ringos from Texas). 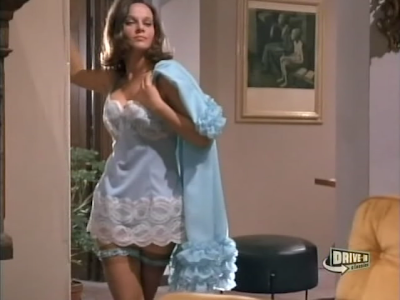 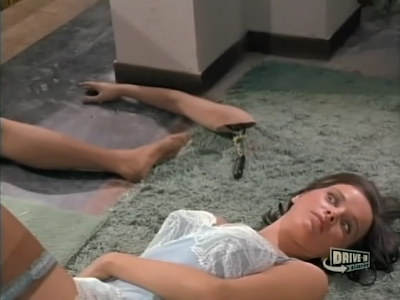 Whilst Franco and Ciccio were clearly very good at what they did, their humour doesn’t appeal to me. Not that it could or should be expected to. There is, after all, a big difference between watching this film as a member of the terza visione in Italy, 1966, caring nothing about its director, and as an Anglophone Bava fan 40 years later. 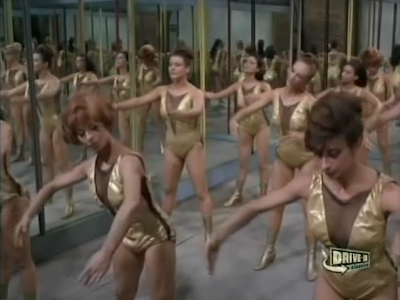 We are the robots...

Following from this, the larger problem seems to be that the film is simply too much of a mish-mash of elements to particularly appeal to anyone: One could well imagine the same terza visione audience who wanted to see Franco and Ciccio do their thing tuning out when Vincent Price or Fabian were on the screen, and the bulk of the US matinee audience wondering who these crazy Italians were. (Tellingly even the English and Italian titles emphasise different things: Goldfoot and his girl bombs versus the two spies who came in from the semi-cold.) 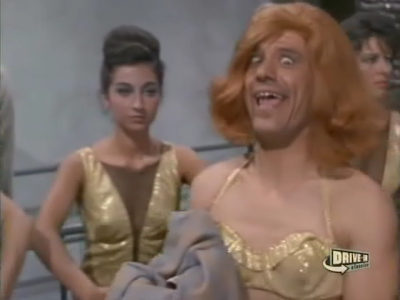 Franco makes his escape, disguises as a girlbomb

Bava’s direction seems pretty flat and uninspired, though his hand feels evident in the numerous trick shots and the cheap yet sometimes effective designs for Goldfoot’s laboratory, most notably the mirrored room in which the ever-multiplying army of girl bombs exercise. 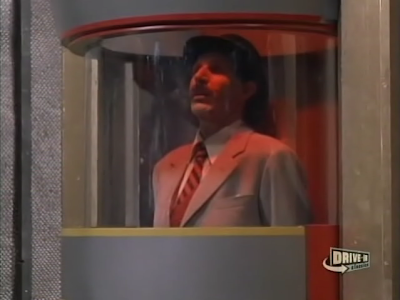 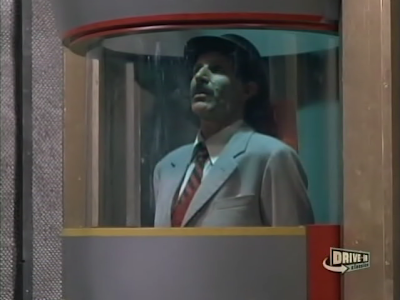 While Ciccio gets captured and stuck in the duplication machine

At a pinch there is also some characteristic play on the idea of deceptive appearances in a gag where Price is on one side of the mirror frame and Ciccio, as his reflection, on the other, and in the girl bombs more generally, most notably in the sequence where Fabian has to make out the difference between the real and replicant Antonelli’s – part of the difference being that the real one won’t yet make out with him while the mechanical doll double is decidedly more forward – with the result a broken doll/dummy figure on the floor.

Another moment, intriguing in light of the Bava-scripted Schoolgirl Killer with its private girls school setting and cross-dressing killer, is a scene where Dr Goldfoot dresses up as a nun while his girl bombs pose as schoolgirls in order to intercept the bomb from Franco and Ciccio.