Nightmare / Nightmares in a Damaged Brain

George Tatum suffers from homicidal mania. The doctors at the institution where he was incarcerated following a multiple murder have never been able to establish the root cause of his illness, but have been treating him with an experimental drug. Believing George cured they release him. He then disappears...

Written and directed by Romano Scavolini, this is one of those films that I had wanted to see for a long time. Partly it was its status as a video nasty, complete with notorious guess-the-weight-of-the-brain-in-the-jar promotional competition and the dubious distinction of seeing its distributor jailed. Then there was the controversy over the extent of Tom Savini's involvement, whether he contributed the make-up effects or only acted in an advisory capacity. And then there was the attention lavished on it in the book Spaghetti Nightmares, where Scavolini is given what seems an undue prominence at the forefront of Italian fantasy cinema. So when a VHS rip, panned and scanned but apparently uncut, appeared on the file sharing network over the weekend, it was a must download and watch. 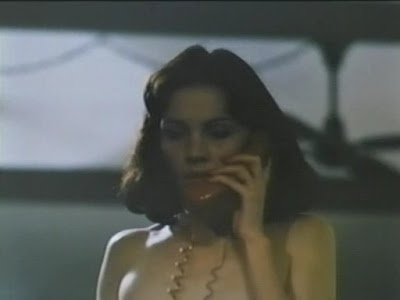 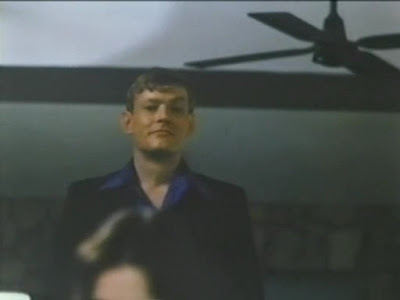 The Tenebrae shot, take one

The film lacks most of the familiar giallo iconography, with the mask that George dons at one point seeming more to do with Halloween than anything else. Likewise, with his identity as disturbed killer established at the outset – a strategy that also makes the film more Maniac than The New York Ripper, to identify two reference points and further identify that this is the kind of territory which some may not wish to enter – the main mysteries are exactly where he is going and what lies at the root of his psychosis. 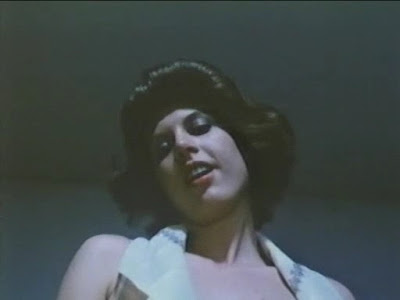 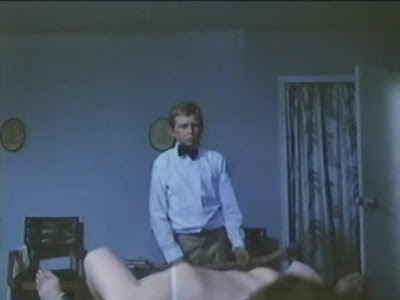 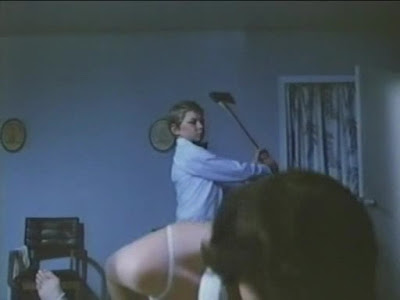 The Tenebrae shot, take two; note the killer kid as one likely reason why the film had trouble during the Video Nasties era

Really, however, neither is particular enigmatic, with the extensive cross-cutting between George and a seemingly unconnected family and use of flashbacks to a childhood trauma probably enough to give giallo and slasher fans strong sense of deja vu about the proceedings.

Scavolini's direction is a mixed bag. He does some nice tricks, like using the Tenebrae shot of one character bending down to reveal another behind them, or shooting through a hole in a door, but fails to lavish comparable care and attention on the majority of the scenes and set-ups, making their by-the-numbers nature all the more apparent. Likewise, in using the bend over reveal shot twice – even worse, with the second actually at what should be the climactic revelation – the effect is to ironically dilute its impact and make you think that Scavolini was running increasingly short on ideas or borrowings from Carpenter, The Shining, The Godfather (!) and whatever else. (In fairness, however, it also to be acknowledged here that his film pre-dates Argento's, while the diegetic referencing of Blow-Up when a Polaroid of an empty house seems to reveal a figure at a window also signals Scavolini's willingness to acknowledge his influences, even if I do not think the results demonstrate him to be in any way equal to them.) 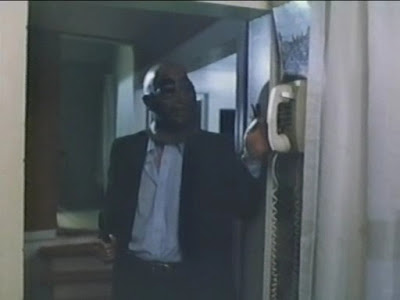 Killer in a Sid Haig rather than William Shatner mask? 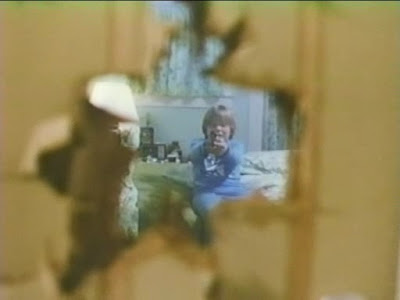 Kids and guns - a winning combination


The performances are variable. Baird Stafford, who would later appear in the director's Vietnam movie Dog Tags (and, if the IMDB is to believed, nothing else) is scarily convincing as the compulsive killer, although the other adult performers are generally less impressive. The child actors are more annoying than anything else, though it could also be argued that this is part of the point with one in particular, a practical joker and boy who cried wolf type by the name of CJ, sorely testing the patience of his mother, her boyfriend and the babysitter.

One unintentional source of amusement is the central computer system the clinic staff appear to be using as they track down George. Maybe they had access to cutting edge equipment, with vague hints at a conspiracy whereby the now-reformed George is to be put to work for the government or military, but the thing makes Google seem somewhat inadequate.
Posted by K H Brown at 20:19