This British sex film entry from Derek Ford is not so much a comedy as a drama-documentary. Hosted by Gabrielle Drake’s sexology researcher, Carol, it presents six short vignettes purporting to explore the sexual mores of suburban Londoners in the early 1970s. 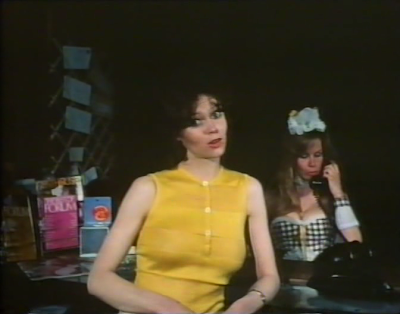 I went to drama school for this?

The first sees a husband phone his wife to tell her that he will be away on business for the weekend. In reality, however, he is planning a weekend away with his mistress. As the camera tracks back from the wife we get the first reversal in that she is in bed with her lover and happily takes this news as a chance for them to likewise have a weekend away.

Both couples then unwittingly book into the same hotel, one that is special to both the husband and wife. Things work out very civilly, however, as they go off to talk and come to the conclusion that they are best off together. Reaching a similar conclusion, their opposite numbers have paired off in the meantime...

The next segment plays on the tradesman fantasies so often found in British sex films as a plumber is summoned to a penthouse suite to do some work by a French actress (Claire Gordon) and finds a swingers party in full flow. The route from one set of plumbing to the other is, however, not a smooth and easy one... 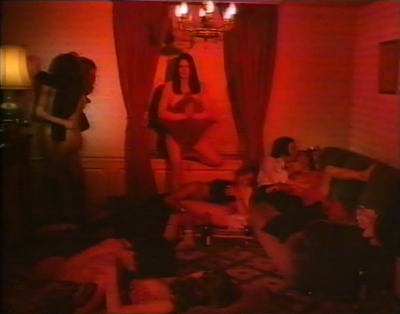 The most interesting of the segments is also the most fantastical as a slightly long-haired but otherwise eminently respectable looking suited and bowler hatted type imagines himself as a Hells Angel type having his brutal way with any woman that tickles his fancy (innuendo deliberate). 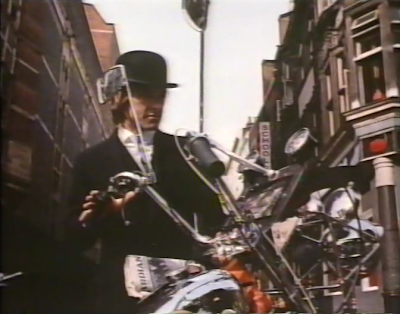 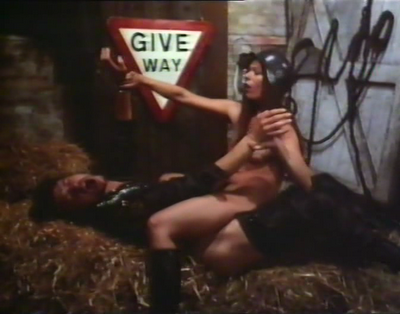 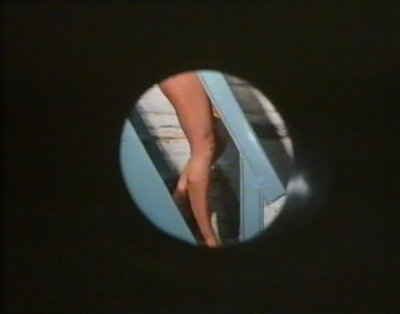 The next segment is about a middle-aged businessman who regularly visits a brothel in order that he can watch others having sex. Besides the obvious voyeurism theme – us watching him, watching them, but without consequence – the relationship between the madame and the businessman is interesting for its reversals. It reminded me a bit of the sequence in Bunuel’s The Phantom of Liberty in which going to the toilet is a public activity while eating is something shameful to be done in private.

Ford looks to have used a working trip abroad as the basis for an Amsterdam set segment in which another hapless, hopeless male, on another business trip, tries to attract the attentions of his tour guide and blunders into a sex shop in the process...

The final segment features Drake herself and is introduced, with a nod to De Sade, as “the misfortunes of virtue”. It sees her husband being given the responsibility for entertaining an Italian businessman, with entertaining meaning call girls. Knowing that she has a friend who’s up for most things sexually, he wonders if Drake and said friend might pose as the call girls. They can pair off, as can the Italian and the friend. Needless to say it doesn’t quite go according to plan...

None of the sex scenes featured in the film are of the hardcore type, at least in the version I saw. Nevertheless, they appear pretty close to the limits of acceptability for a British film of this time and have the definite look of material that could be tailored to the demands of a particular market and/or the censors. There is a distinction evident here between the legitimate actors and the porn extras, with the former not called upon to do much except bare some flesh sex-wise, and the latter not being called upon to do dialogue, act and react and so on. 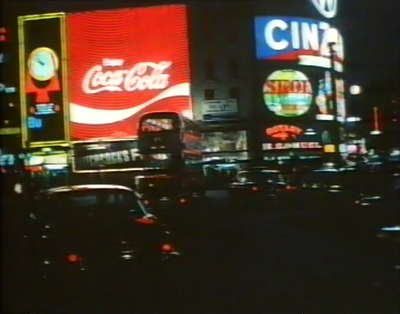 The opening scenes of the film, presenting a drive round Soho – something also seen in Diversions – have the usual inadvertent documentary interest.

It's certainly an odd choice for a DVD release, but it does sound mildly amusing.