As the title suggests, Il consigliori / The Counsellor lies squarely within the filone inaugurated by the success of The Godfather. 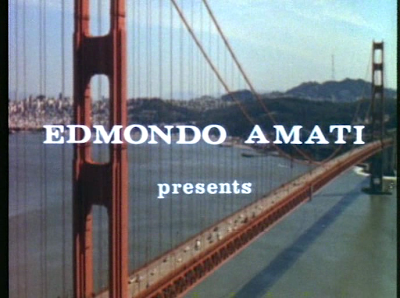 An Amati film set in San Francisco with a Riz Ortolani score, but it's not Perversion Story

But as a cut-price Italian imitation of its model, it also necessarily differs from its Italian-American counterpart in a number of significant ways.

Most obviously there is its duration, an hour and a half rather than three hours, along with the concomitant lack of epic grandeur.

But it is also evident in the western rather than eastern US settings, which take us away from the traditional US mafia heartlands, and the composite rather than xerox nature of the three main characters, as incarnated by Martin Balsam, Tomas Milian and Francesco Rabal.

But with Don Macaluso having no actual family Milian also occupies a somewhat Michael Corleone type role as reluctant heir-apparent and through his relationship with Dagmar Lassander's Kay Adams-like schoolteacher.

It is this that creates a tension with Rabal's character, Vincent Garofalo.

If he's the prodigal son and villain of the piece, he's also one who we can have some sympathy for, considering the way he he is treated by the Don.

The story begins with Accardo about to be released from jail and the Don and Garofalo deciding that former colleague Lucchese must be killed as, insane and liable to shoot his mouth off, he is a threat to the organisation as a whole. 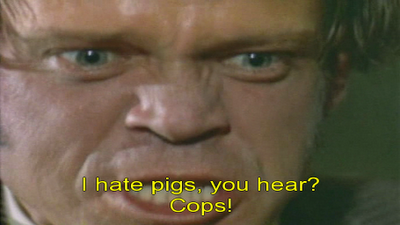 The key tropes are the classic ones: First, once you are in, you don't leave except for via a casket. Second, it's nothing personal, only business. 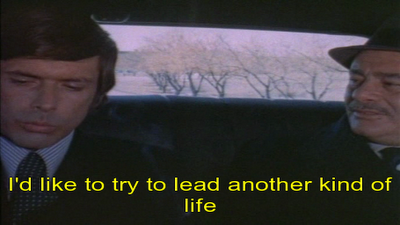 Re-united, if only temporarily; note the classic use of empty space to suggest distance

When Accardo is freed and announces his intention to leave the family, Don Macaluso breaks these rules by agreeing to let him go. What makes this all the worse in Garofalo's eyes is that the Don also refuses to let him establish his own family.

Accordingly Garofalo makes a deal with some rival families and attempts a coup. Unfortunately for him the attempts on both the Don's and Thomas's lives fail...

Around about this point another key difference between The Godfather and The Counsellor emerges.

The Corleone family would personally act only if there was no other option, as with Michael's killing Solozzo and Captain McCluskey, or when it took precedence over business concerns, as with Sonny's tendency towards hot-headed impulse decisions. Personal involvement entailed greater risk of being implicated in a crime, whose actual commission was best left to a “button man”.

Here, by contrast, the Don, Accardo and Garofalo tend to lead their men by example, entering into the fray when it isn't strictly necessary. It's maybe not particularly plausible – though, again, given the cut-rate nature of these mobs, it could be – but does at least allow for plenty of action. 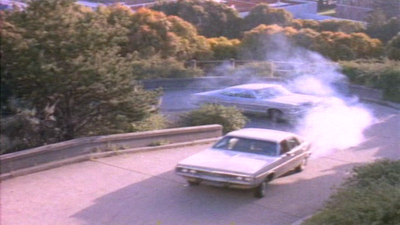 Another pleasing aspect of the film in this regard is the unpleasantness of its violence, as with the little girl who gets blown up by the package intended for Accardo or the feeding of a restaurant owner who shelters the Don into a pizzeria oven; since the film's cinematographer was Aristide Massaccessi, one half wonders if this image inspired Annie Belle's fate in Absurd.

Those who prefer Milian's more mannered performances may be disappointed by the relative restraint he displays here. The important point is that this is in line with his character and, as such, serves to demonstrate Milian's dynamic range.

Alberto De Martino's direction is functional, efficient and very much what the film needs. It's only business (filone cinema), after all, and nothing personal (auteur cinema).
Posted by K H Brown at 12:21