Thames Television and the Krimi

I've been watching a lot of episodes of the British TV series The Sweeney from the mid-late 1970s. It was a Thames Television production and each episode is preceded by the Thames logo and fanfare, which was first introduced in 1968. It presents a bunch of London landmarks from different parts of the city crammed together and, as such, is a bit like the imaginary geography of the typical West German krimi film. 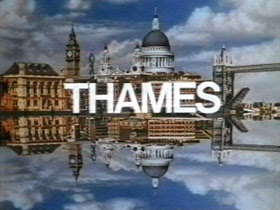 When I was a kid I always imagined the raised bridge section on Tower Bridge was a crocodile's open mouth...