You may be able to do a lot with seven women, but making a decent film out of them is not one of those things. 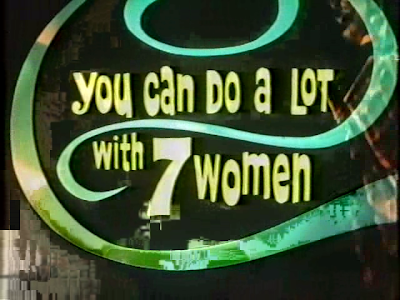 It’s difficult to know where to apportion the blame, for while director Fabio Piccioni / F A King [sic] hardly come across as the most imaginative of filmmakers, the mark of writer-producer Frank / Farouk Agrama is all over the piece.

There’s the Egyptian setting, with lots of travelogue material and a models by the pyramids routine that seems to prefigure his later Dawn of the Mummy, and his lyrical contributions to the theme song, sung by one Melody:

What is this love
That burns me so
That has me in its spell
Is it the hope
Is it some dope
Or just a binding rose
Is it chinchilla
A seaside villa
Or a delicious ice cream
La, la...

The story begins in comparatively serious Blood and Black Lace territory as model Maggie discovers her employers to be involved in drugs smuggling and is consequently murdered. 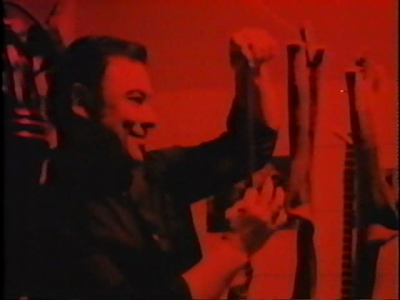 This continues as her Interpol agent boyfriend Mike, played with typical seriousness by Richard Harrison, takes it upon himself to solve the case: “I’m going to get those bastards!”

But as Mike goes to see his woman-obsessed photographer friend Tiger for assistance in going undercover as a photographer, the tone quickly changes to more of a crime caper comedy where no-one really seems to be playing for keeps.

The problem is that it isn’t really all that funny in itself, with most of the smiles being raised through the general datedness of the early 70s styles on display; some rather stereotypical depictions of the Egyptians, albeit perhaps with a hint of detournement, of Agrama ironically playing upon Italian / western expectations to subvert them (“Once again, the Oriental motif has been our inspiration,” as one of the designers / smugglers remarks); Harrison’s macho bluster; or the extensive product placement for airlines and messrs Justerini and Brooks’ finest. 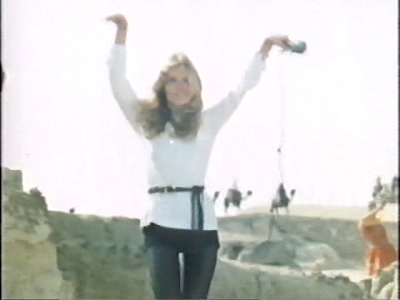 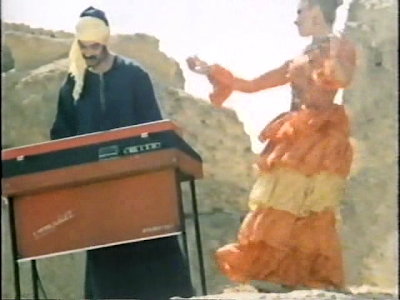 The fashion show by some pyramids

Elsewhere we get a spot of Blow-Up style play with photographs, though the detail is less hidden than obvious in line with the general style of the direction and narrative, an extended fistfight in a bakery and a perfunctory car chase. 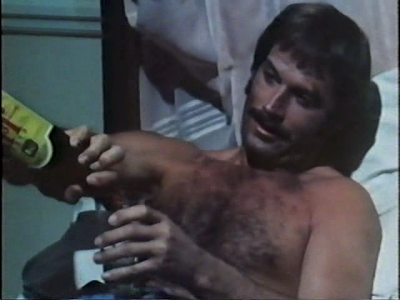 Harrison enjoys the breakfast of champions

If nothing else, it’s all accompanied by some delightfully catchy caper cues that, if I didn’t have them already via the first Beat at Cinecitta compilation, I would have surely tracked down.
Posted by K H Brown at 12:16