Six young women have died in the same small village, known primarily for the caves nearby, in the space of six months. Suspecting unnatural causes, each death occurring at the same time as a power cut, the police dispatches Interpol man Frank Dorin (Adrian Hoven) to conduct an undercover investigation.

Dorin arrives not a moment to soon – or just a moment too late – as that selfsame night yet another young woman, the serving girl at the local hostelry, is found dead. The symptoms are exactly the same as the previous victims, the kind that might be ascribed to one of the vampires said to haunt the caves, were this not the 20th century... 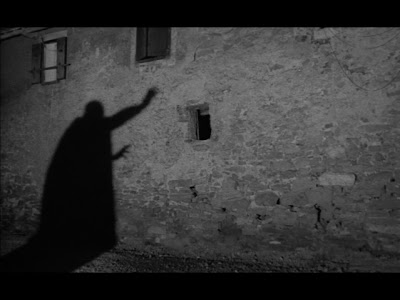 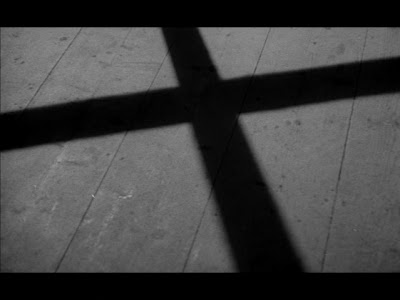 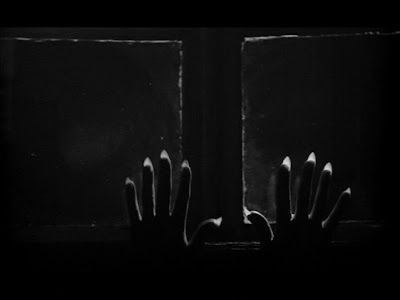 Gradually, however, Dorin is forced to accept what we and the village wisewoman already know, namely that there is something to that old legend about the caves being haunted by a vampire...

At this point the question for the viewer and Dorin alike becomes who this might be.

The innkeeper, who perhaps contrived to leave the last victim sans protective crucifix on the night she was attacked even as he proclaims his fear of the vampires?

The doctor who has consistently concealed the truth from the rest of the villagers and acts suspiciously before Dorin? (“You're just wasting your time, there were no murders, you hear, no murders at all”; this said in the manner of someone sounding like they're attempting something akin to a Jedi mind trick.) 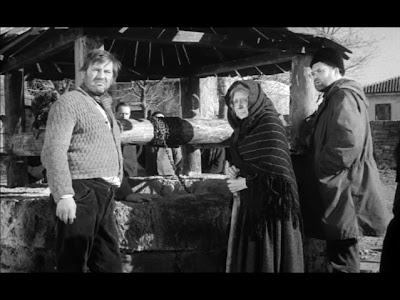 Some of the locals / suspects, any of whom could be the Vampyr...

Thomas, the deaf outsider, or John (John Kitzmiller), Professor von Adelsberg's servant, the two men having no fondness for one another?

Or Adelsberg (Wolfgang “Dr Mabuse” Preiss) himself, given that his his and John's arrival in the village six months coincided neatly with the first death? 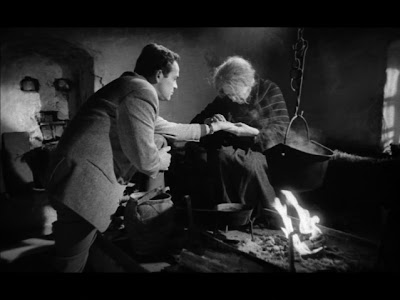 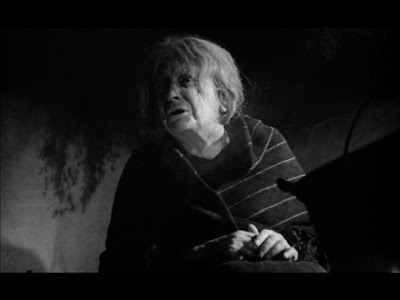 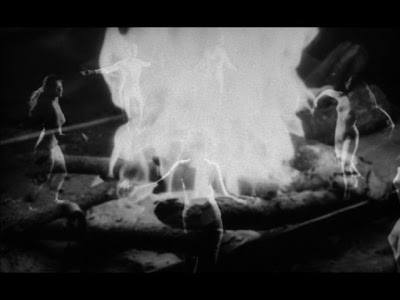 The Mark of the Devil?

In truth, however, anyone familiar with the terrain will have little difficulty in identifying the guilty party, especially when they recoil from mirrors (“In this house we don't tolerate vanity – I thought I made that clear when you first got here”) and spout dialogue straight from Dracula's phrasebook (“Please treat the castle as your own. Two or three of the doors are locked – please respect that.” ) 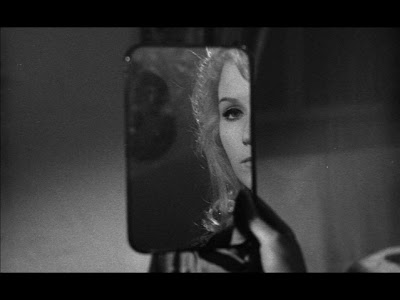 “One doesn't see a thing,” as Dance of the Vampires puts it 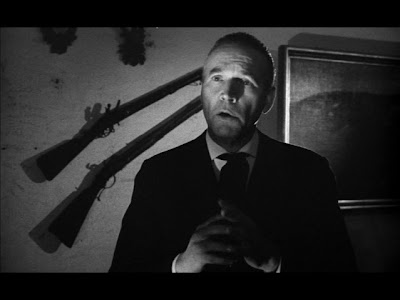 This West German / Yugoslav co-production was originally released under the title Der Fluch der grünen Augen, literally The Curse of the the Green Eyes, and picked up by US independent Robert Gordon for English-speaking territories. 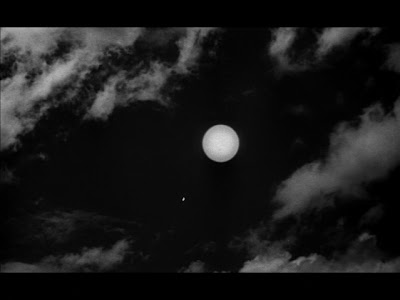 This is not the moon – an unconvincing effects shot

Though the absence of the orginal version and dub for comparison purposes makes it difficult to know for sure, the overall impression one gets is of a somewhat inconsistent, by the numbers piece – you just know the professor's attractive young assistant is both love interest and imminent damsel in distress – that has its moments, very much second-hand borrowings to be sure, but fails to amount to much beyond them.

One notes, for instance, the way in which Dorin's investigation never really concerns itself with the mysterious power cuts and that his ventures into the caverns turn out not to require that night vision apparatus, traditional torches and lanterns sufficing, except for that moment when its use allows for some somewhat gratuitous – if Nosferatu referencing – use of the negative image.

It is also the awkward contrast between the approaches of Wolfgang Preiss, who plays the professor straight and Adrian Hoven, with his self-satisfied smugness suggestive of a more tongue-in-cheek approach also evident in the innkeeper's direct-to-camera address after the serving girl has resisted his blandishments once more (“And what am I left with? Just the wine!”)

Ultimately such moments seem to emblematize the gap between the traditional “it's only a horror movie” approach of the likes of Universal and Hammer and the more modern(ist) “what's only about it” approach of the likes of Hoven's future collaborator Jess Franco. It's not a case of one approach being better than the other, with the likes of the Preiss-featuring Mill of the Stone Women and Franco's The Awful Dr Orlof equally valid responses to the Hammer gothic, more that veteran director Ákos Ráthonyi – or his American interlocutors – might have been better clearly setting out their stall in one or the other camp.

[Cave of the Living Dead is available on DVD as part of Image's Euroshock collection]
Posted by K H Brown at 09:36

Email ThisBlogThis!Share to TwitterShare to FacebookShare to Pinterest
Labels: horror